A sane Democrat? Writing for WaPo, a Democrat congressman says that President Trump was right to pull our troops out of Syria. Indeed, he was!

Photo, above: Homs, Syria’s third-largest city, dating to the 1st century BC, a once-thriving metropolis of 700,000, is now largely abandoned due to the civil war, the effects of which are clear to see

Not all Democrats are foaming-at-the-mouth, Trump-hating ideologues. There a few rare Democrats who are actually sane and refuse to follow the Schumer/Pelosi groupthink.

Case in point, California Democrat congressman Ro Khanna, who represents Silicon Valley and who agrees with President Trump’s pullout of US troops from Syria.

President Trump has already lost two key appointees over his decision to withdraw troops from Syria – Defense Secretary James Mattis and Special Envoy Brett McGurk. Good riddance! Mattis resigned effective February 28, 2019, which President Trump accelerated to December 31, 2018. As for McGurk, he was an Obama appointee and was due to leave the post in two months anyway. No need to keep crybabies around who somehow believe that the President must do as they wish. Beat it!

When President Obama ingloriously fired Jim Mattis, I gave him a second chance. Some thought I shouldn’t, I thought I should. Interesting relationship-but I also gave all of the resources that he never really had. Allies are very important-but not when they take advantage of U.S.

Brett McGurk, who I do not know, was appointed by President Obama in 2015. Was supposed to leave in February but he just resigned prior to leaving. Grandstander? The Fake News is making such a big deal about this nothing event!

Khanna makes his case for President Trump’s withdrawal of troops from Syria in an op-ed article he penned for The Washington Post, excerpted below.

President Trump is receiving an onslaught of criticism for his decision to withdraw troops from Syria and Afghanistan. Congressional Democrats should not pile on without offering an alternative vision. We should applaud the president’s desire to put an end to these interventions, but should challenge him to assemble a team that does so with better planning and diplomacy. We should articulate a foreign policy doctrine of responsible withdrawal that prioritizes restraint and human rights.

Let’s start with a fact that the mainstream media has glossed over when criticizing Trump’s Syria decision: His decision is in compliance with U.S. and international law. The presence of U.S. troops in the Syrian civil war was never authorized by Congress. We are also violating international law by invading Syria without the approval of the United Nations. Before any administration official can advocate keeping troops in Syria to fight the Islamic State, Congress needs to offer authorization.

Trump also deserves credit for standing up to the war hawks within his own administration who started inventing rationales for remaining in the country: countering Iran and seeing an end to the Assad regime. That is the definition of mission creep. While Syrian President Bashar al-Assad is a brutal dictator and should be tried at the Hague for international war crimes, the United States should not militarily overthrow him.

I know of no real evidence that suggests Assad is a “brutal dictator.” He is, in fact, a secular leader who has a history of protecting large populations of Jews and Christians. He is also a Western-educated MD who speaks fluent English and who was a content physician working and living in London and who had no political ambitions until his older brother Bassel, who was heir apparent to replace his father as President of Syria, was killed in a 1994 automobile crash. Bashar was then chosen as next in line and fast-tracked to the presidency.

Bashar al-Assad is not a Muslim zealot like so many leaders of Middle Eastern countries. His dress and manners are discernibly Western, as are those of his wife, Asma, a born-and-raised Brit.

Barack Hussein labeled Assad a brutal dictator and blamed him for conducting chemical attacks against his own citizens, even though evidence proves that the attacks were the work of Syrian rebels, who John McCain and other liberals described as “freedom fighters.” We now know them as al-Qaeda and ISIS. 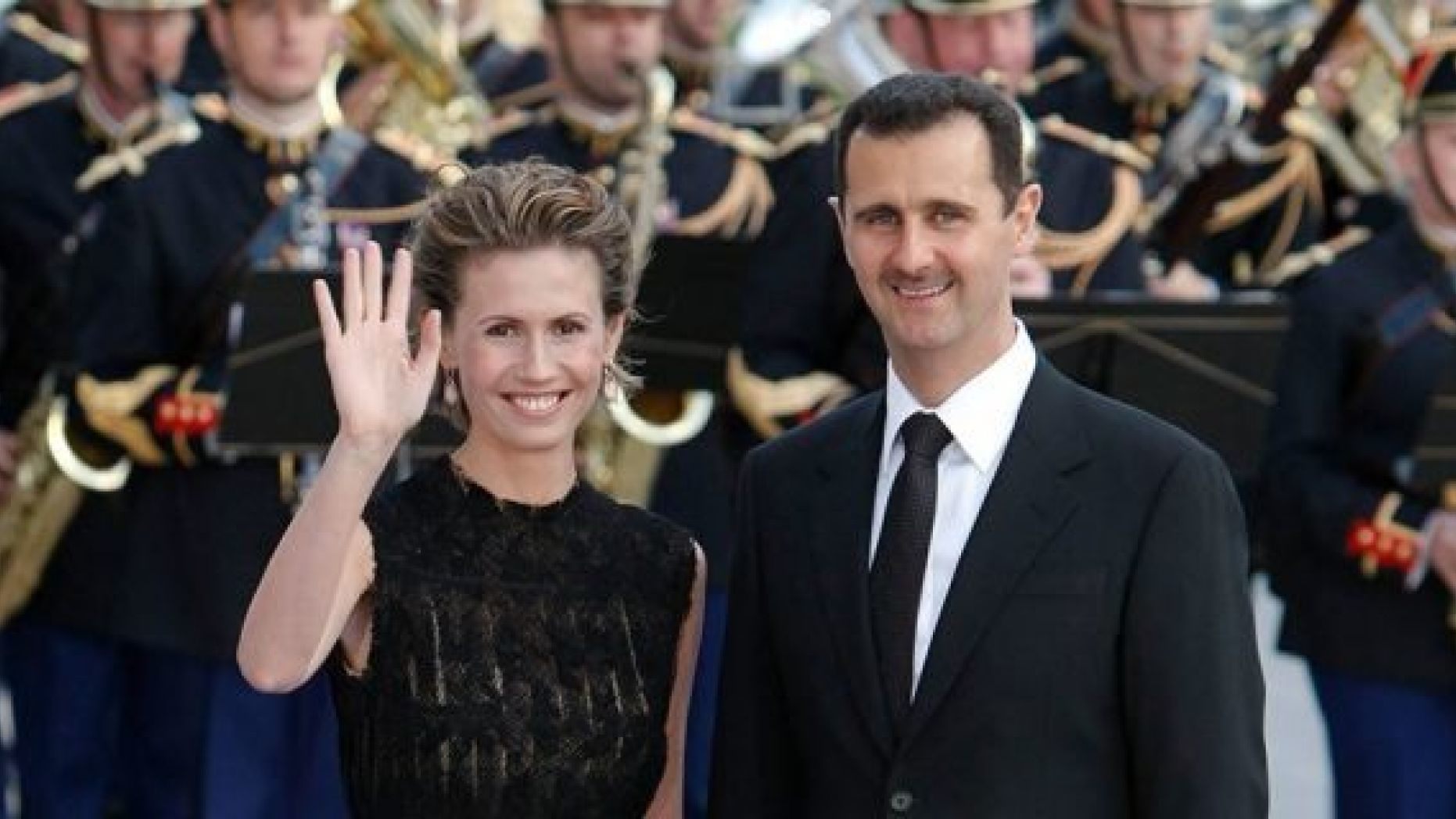 The Assads, who Barack Hussein would have you believe are vile, bloodthirsty murderers because they refused to step down and turn Syria over to ISIS

There is no doubt Trump should have articulated a more prudent withdrawal strategy. He could have consulted beforehand with our allies and regional partners. One alternative to an immediate withdrawal in Syria is announcing a full withdrawal over the next few months. That would give us time to prepare local forces and to deploy intelligence platforms and networks that address potential terrorist threats.

I have news for the congressman. Preparing local forces is not a task that can be accomplished in a short period of time as proven by Barack Hussein’s pulling US troops out of Iraq before the Iraqi military was capable of defending the country against ISIS.

Besides, “prepare” what local forces? The rebel terrorists? That’s whose side we have been on. Or, does he mean the Syrian military, which we have been fighting against?  Either way, it makes no sense. We have simply been on the wrong side of this fight since the beginning and I believe President Trump now realizes that. America owes Assad and the Syrian people much, much more than an apology, in my opinion. Syria could be and should be a close US ally. Instead, Barack Hussein had us destroying the country to depose Assad, and based upon faulty intelligence (my opinion), this policy was continued by President Trump…. until now. Better late than never, I reckon.

I would like to emphasize that from the beginning of US involvement in Syria, we have been fighting Assad who was fighting ISIS. Thus, we were, in effect, on the side of ISIS, even though we were also destroying them, as were Assad and the Russians. What a weird mess!

Regardless of the Democrat bitching and moaning that we must stay in Syria, which is being parroted by every talking head in the Alphabet Network Club (ABC, CNN, NBC, CBS, MSNBC), President Trump did the right thing. Assad and Russia can handle this and wipe out what’s left of ISIS. We have no business there.