Sarah Jessica Parker is “terrified” that Trump fans are going to shoot her. Well, they shoot horses, don’t they?

No, Sarah, I am not saying you look like a horse, even though I have heard the comparison made many times. OK, maybe you look a little bit like a horse. But, that is the worst thing I have heard anyone say about you. There are NO Trump supporters out to kill you.

They don’t think it is so funny any more. Now they are “terrified” that President Trump and his yuge army of supporters is going to round them all up and kill them. I’m serious! That is what Sarah Jessica Parker said in an interview with Time Out New York in September.

This is terrific theater, but geez, it makes me shake my head at the stupidity of these people. The only violence that has taken place since The Donald was elected has come from the brain-dead morons on the left. 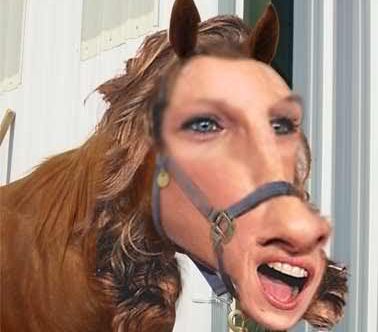 Sarah Jessica Parker, a high-profile Hollywood liberal, says if Donald Trump is elected she fears that her husband, Matthew Broderick, and herself will be attacked and killed, reported Red Alert Politics.

SJP, whose new show Divorce begins this Sunday, told Time Out New York, “The thing I keep saying is that even if — please, God — Trump is not elected, I’m afraid there is now a climate that has said in silence that it is okay to hurt anybody you not-so-secretly disagree with. … Whether it’s how they look or the lifestyle you think they’re leading or the color of their skin, or they’ve come here to, you know, take advantage of this country. I’m terrified.”

She then decided to add, “I feel like someone is just going to hit us. They’re just going to reach out and smack us or beat the shit of us or, I don’t know, shoot us, shoot my friends. I’m not being dramatic when I think of this. I’m shocked.”

She ended the interview by remembering the 2012 election, stating, “I can’t believe I was so scared of Mitt Romney… It was so scary to me. I’m scared again.”
Read more at http://redalertpolitics.com/2016/10/06/sarah-jessica-parker-trump-fans-may-shoot-us-hollywood-liberals/#BjXhjSMu8ueuWizc.99