Look up “parasite” in the dictionary and you will find a picture of John McCain (just kidding, but it should be there). Well-known for stabbing colleagues in the back, even those from his own party, McCain is a traitor of the first rank. He is loyal to John McCain, and no one else.

McCain’s nickname among his North Vietnamese captors was “Songbird,” as he was always willing to tell the the VC anything they wanted to hear. There was a list of 33 POWs at the end of the Vietnam War who were to be charged with treason. McCain’s name was at the top of the list. Lucky for Songbird, Nixon pardoned all of the POWs.

According to the New York Post, Republican Senator John McCain broke with the reassuring message that U.S. officials visiting Germany have sought to convey on their debut trip to Europe, saying on Friday that the administration of President Donald Trump was in “disarray”.

McCain, a known Trump critic, told the Munich Security Conference that the resignation of the new president’s security adviser Michael Flynn over his contacts with Russia reflected deep problems in Washington. 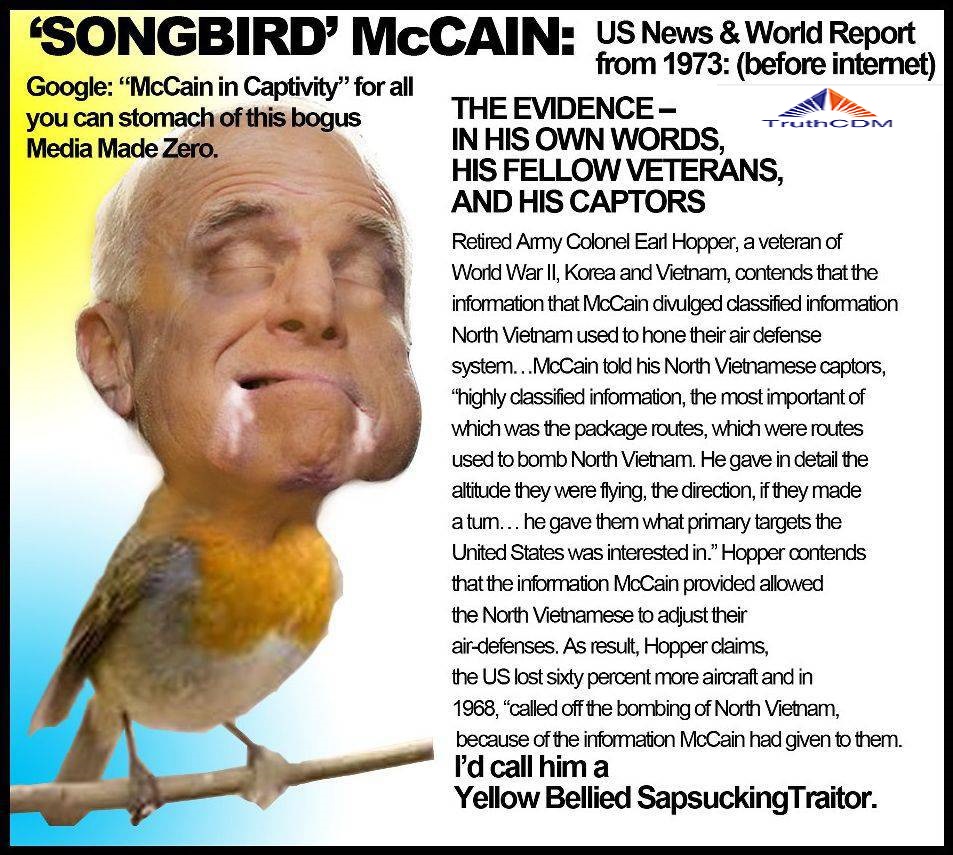 “I think that the Flynn issue obviously is something that shows that in many respects this administration is in disarray and they’ve got a lot of work to do,” said McCain, even as he praised Trump’s defense secretary.

“The president, I think, makes statements (and) on other occasions contradicts himself. So we’ve learned to watch what the president does as opposed to what he says,” he said.

I was so hoping the people of Arizona would rid We the People of this useless Rino, John McCain, a career parasite who has been in Washington so long the senator he replaced was Barry Goldwater. McCain has never held a civilian job, drawing a government paycheck his entire adult life.