While Songbird McCain struts his ridiculous ass to any and every microphone he can find to slam President Trump for collusion with the Russians (fake news there is no evidence of), this leaked doc from WikiLeaks proves that Songbird himself was begging the Russian government for money just before the 2008 presidential election.

McCain is a treasonous scumbag and is no better than Hitlery Clinton!

20 Oct 2008 statement from the Russian Federation to the United states in relation to an alleged letter from the McCain campaign requesting a financial contribution from Russia:

“We have received a letter from Senator John McCain requesting financial contribution to his Presidential campaign.

In this connection we would like to reiterate that Russian officials, the Permanent Mission of the Russian Federation to the United Nations or the Russian Government do not finance political activity in foreign countries.”

Wikileaks staff have verified the authenticity of the document. 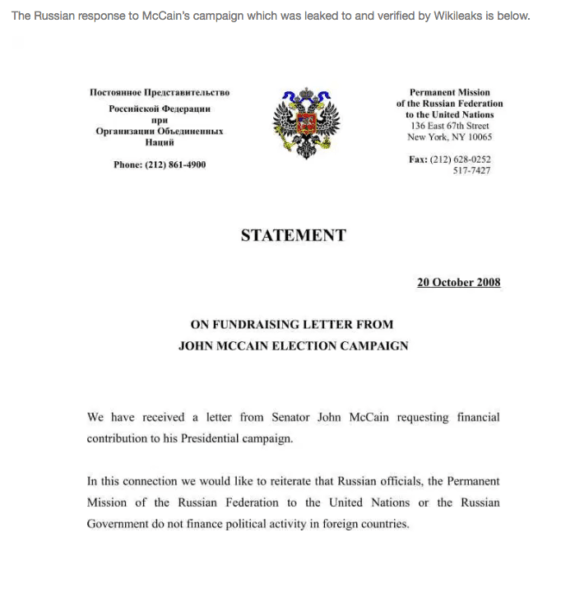