Photo, above: Free food was offered to those willing to listen to CNN’s Jake Tapper. A grand total of 88 hungry people showed up.

At this years Politicon, held in Pasadena, California, the seismic shift in public opinion was on full display as Ann Coulter drew a crowd of 1,000, while Jake Tapper had to offer free food to get 88 hungry people to listen to him.

In fairness, maybe all of the Tapper attendees weren’t hungry. A few may have wanted to see if today would be the day that Tapper (photo, below) finally broke down in tears, as he always looks like he is about to cry. Who wouldn’t, being forced to peddle fake news?

Mike Cernovich, who nearly got into a physical altercation with a liberal weenie (video, below), covered the action.

There was also a heated debate between Tomi Lahren and Pink Pussyhat General Chelsea Handler that we are covering in an article to be published later today. 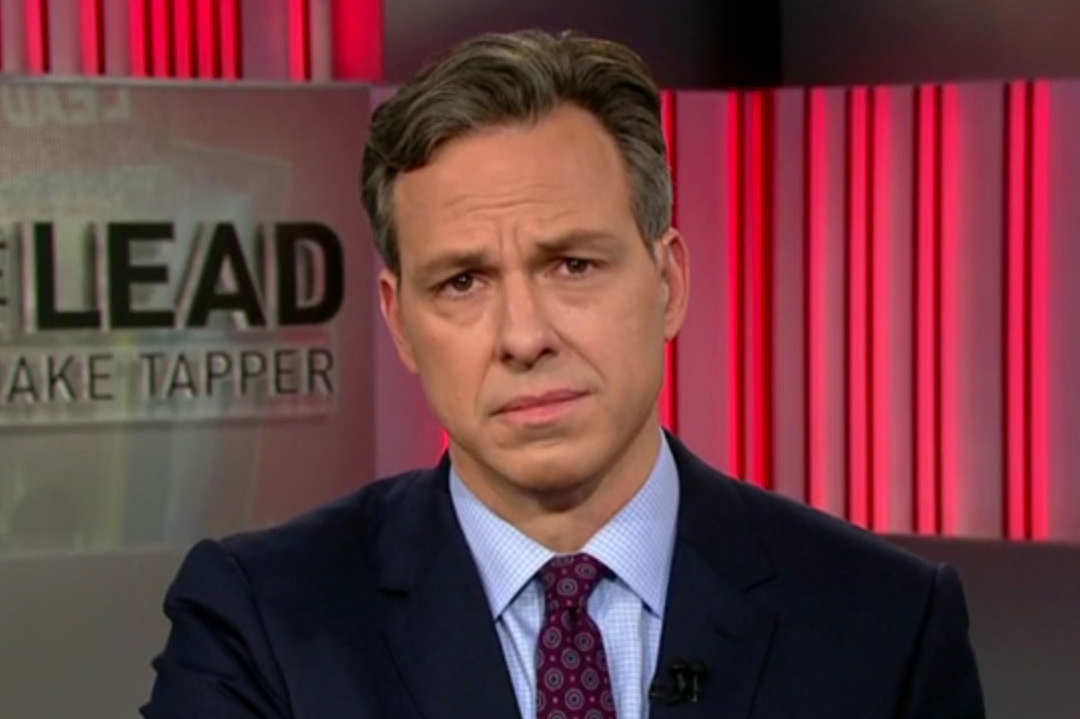 The video, below, stops abruptly at the :09 mark. Move forward a second or two and it will resume.

BLM Activists Threaten To Dox Officers And Kill Their Families — Is THAT A Terrorist Threat?
April 13th, 2021 Clash Daily