Hitlery is a barefaced liar! I know, that’s not news. 15,000 more missing emails uncovered by the FBI IS news, and I hope they finish the witch off before her goons can commit massive voter fraud 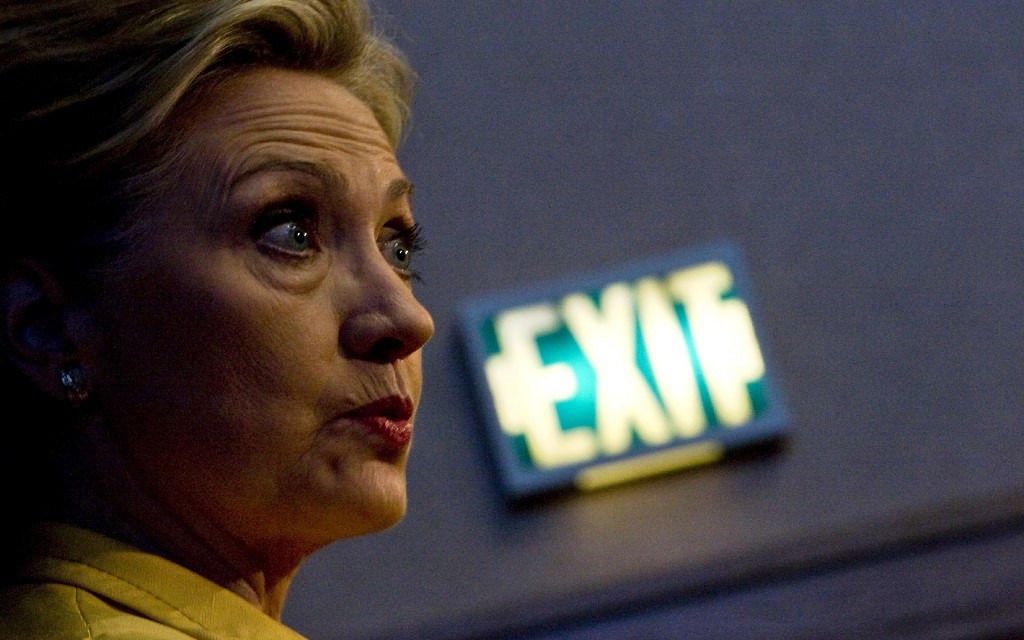 No big deal, right? 15,000 more of the previously thought “missing” emails that Hitlery testified under oath did not exist.

Is there anything Hitlery can do to go to jail? If she walked into a daycare on national TV with an AK-47 and killed 100 small children, would that be enough?

I say “no!” The Wicked Witch of Benghazi has already left a trail of bodies in her wake. The mainstream media would continue to cover for her, her mouth-breathing followers would praise her mass murder as a proactive population control initiative, and the cowardly Republicans would continue to look the other way, terrified that they might be called sexists.

I continue to maintain, however, that the FBI and GOP are keeping their powder dry in anticipation of a Trump inauguration, the appointment of an HONEST Attorney General, and then…. BOOM! Prosecution, conviction, sentencing.

Hitlery can take comfort in the fact that even though she didn’t win the White House, she will spend the rest of her miserable life in the Big House!

Republican National Committee Chief Strategist Sean Spicer said it about as well as anyone I have heard….

“These are 15,000 emails that Hillary Clinton had said didn’t exist. She told us we knew all the emails that were relevant had been turned over. That anything else had to do with yoga, recipes or Chelsea’s wedding. It’s pretty obvious that wasn’t true then and it’s still not true today. We’re finding out more and more again about the relationship and the quid pro quos that existed between Clinton donors and the State Department and acts of official government. One instance exists where a crown prince from Bahrain asked for a meeting with Secretary of State. He was told to channel that request through the [Clinton] Foundation and only after a $26 million gift did it occur. That sounds like quid pro quo to me.

But the fact of the matter is over and over again we’re seeing a pattern of them using this Clinton Foundation as a cash cow for themselves to get rich and influence acts of government. I think that you’re going to get more and more of Clinton. She’s the insiders’ insider. And if you want more of that, vote for Hillary Clinton.”

I have no idea what the robot war in the video, below, is all about, but I like what he had to say about Hitlery. He is spot on!