VIDEO: Wow! These patriots take great care that they are on sound constitutional footing in courtroom. This is what happens

There are clearly two sides here – the government and the people. There is apparently not a single representative of the government in this case who truly understands our constitution, although they all swore an oath to it, including a law school-trained judge! Don’t they teach the constitution in law school? Seems like that is where they should start and end.

As pointed out by the defendant, that courtroom belongs to the people. The judge is a judge. No more, no less. She is not a god. She does not own the courtroom, as she clearly declares, calling it “my” courtroom.

Each and every one of these career parasites has to thank for their paycheck, their dinner, their car, their home, the very people whose constitutional rights they are conspiring to obstruct. Together, they are little more than a street gang. Miserable bastards!

This is just sad. Much more of this to come, I’m afraid.

Ask not, when will people stand. But rather shout, I WILL STAND!

The rampant corruption in our courts has never been exposed to the world quote like this. — Around the nation, Kangaroo Courts are abusing justice. Once people walk through those doors, rights are regarded as dung and they are silenced in fear of tyrant judges and a system that has nothing to do with justice. 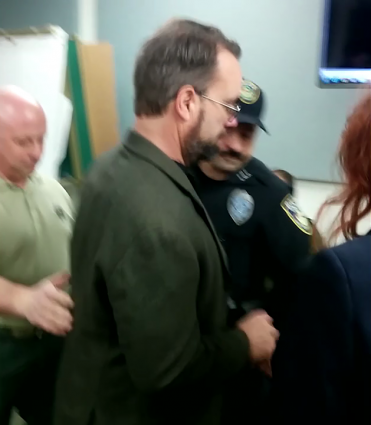 In the video we see 1st, 4th, 5th, 6th and 14th amendment violations! But what precipitated all the events in this courtroom and the open defiance of the 1st and 6th. Why did the judge only allow approved press to record. Press that went out and reported exactly what they wanted them to? Because they are perverting justice and don’t want to be held accountable.

“Who Stands With Me?” Those were the words of my brother Nathan as he was grabbed by police and kidnapped from the courtroom. Simply for being a patriot. The patriots were attacked, violated and arrested for defending the Constitution, due process, free speech and our neighbors. We all know the abuse is  all over America behind closed doors. It’s time to take back our courts and take back our liberty.

The justice of tyrants is to accuse their victims of the very crimes they have committed! This was the rigged trial from the start. Tell Shasteen is a responsible young man that Douglas County officials wanted to make an example of. What was his crime? He asked a police officer why he was being stopped! You can see that video here.

On seeing ongoing obstruction from the County, a band of about 20 patriots showed up in support and to be certain the defendant got a fair trial. They started up cameras at the defendants request and sat to watch. 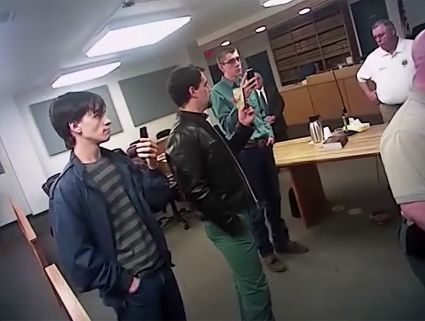 Then all hell broke loose! Officials attacked, swooping in and dragging Nathan Seim from the court. The judge had not even entered the room. As he was pulled form his chair he called out to the crowd and the group of patriots stood up, blocking the way. Deputies used Nathan as a human battering ram, slamming him into anyone blocking their path and kidnapping him from what moments ago had been a peaceful courtroom.

I had momentarily left the room before the trial and ran back in to pandemonium, thankful I had a backup camera on me. The courtroom was chaos and defiance as I moved to the front and the judge entered.

I immediately challenged the restricting of cameras from the courtroom and more so the removal of my brother, Nathan. After some oral arguments with the judge, police rushed in and took me to the floor. The crowd erupted in anger. Soon after I was gone my dad Grant was also arrested. During the encounter various members of my family and other patriots were assaulted, including the defendant. My dad and I spent about 24 hours in jail together and it revealed a lot about the system. You can read my thoughts on that here. Still, we were not in jail for doing evil, but for doing good. We were political prisoners, nothing more. The County was hammered with calls when the word got out. So much so that they shut down the switchboards.