Shocking! Bill Clinton was having sex on the Oval Office desk and Hitlery is humiliated, and terrified of the negative PR. Secret Sevice agent’s book tells it all

Bill Clinton and Monica Lewinsky embraced, made out and had sex in just about every nook and cranny of the Oval Office.

Secret Service officer Gary Byrne should know. He’s the man who stood guard outside Bill Clinton’s Oval Office,  was the last obstacle to Monica Lewinsky’s access to the President.

And the White House intern, Byrne says, was relentless in her pursuit of the President.

‘What (if anything) she did all day as an intern mystified me. Some days she seemingly had nothing better to do than play I Spy the President’, Gary Byrne writes in his bombshell book Crisis of Character: A White House Secret Service Officer Discloses His Firsthand Experience with Hillary, Bill, and How They Operate to be published by Center Street Books on June.28.

‘Monica hung around us batting her eyes until she overheard the president’s position or direction of travel, then bolted to maneuver into his path. She lived for even his passing glance.’ 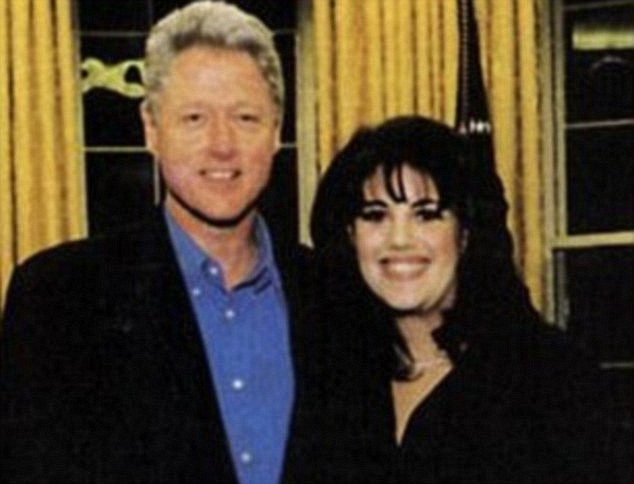 Ex-Secret Service officer Gary Byrne was posted outside Bill Clinton’s Oval Office during the Clinton administration.  Monica Lewinsky had special access to the Oval Office for at least two years

‘I’m just here to use the bathroom; You mean I have to walk all the way around?; They asked me to deliver something here; I’m just here to see a friend’; were only a few.

Gary Byrne says he was posted outside Bill Clinton’s Oval Office in the 1990s and what he saw ‘sickened him.

When she saw Byrne, she tried sneaking in through neighboring offices and corridors – any way she could to get to Bill.

All the Secret Service had witnessed Bill and Monica ’embracing, making out, or on the Oval Office Desk’.