Twitter CEO openly advocates the annihilation of conservatives in America’s “new civil war.” The Twitter responses were not kind and gentle

The executives of all three are extremely hostile toward conservatives and conservative viewpoints, but none is so open about it as Twitter CEO Jack Dorsey.

Conservative are more than justified in thinking the deck is stacked against them at every turn, especially on social media, declares BizPac Review.

With Facebook reportedly voluntarily providing data on millions of its users to the 2012 re-election campaign of President Obama, tweets have surfaced of Twitter CEO Jack Dorsey and Twitter board member Evan Williams seemingly promoting a piece that declares the way to win America’s “new civil war” is to annihilate Republicans. 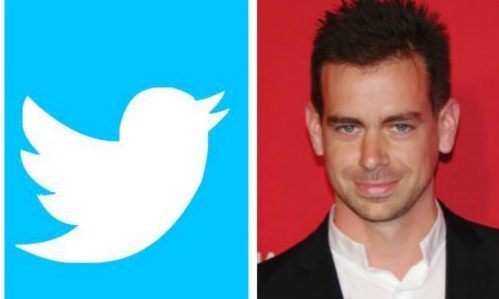 The Medium article, “The Great Lesson of California in America’s New Civil War,” states: “Why there’s no bipartisan way forward at this juncture in our history — one side must win.”

Dorsey responded to a tweet from Williams that linked to the article and tweeted: “Great read.”

You are confirming your heretofore presumed hatred for conservatives, which explains Twitter's open and un-American censorship of all conservative content. Here's hoping that we the conservative publishers of America prevail in a YUGE class action lawsuit against you.

Interesting take: “Why there’s no bipartisan way forward at this juncture in our history — one side must win” https://t.co/wtIuA5phkl

With social media being the platform 67 percent of Americans rely on to get at least some of their news, according to Pew Research Center, the notion that those who run Twitter appear to have taken sides in today’s polarizing times is indeed troubling, as seen in the reaction to the above tweets.

These same individuals also control what is considered acceptable speech on their platform and what is not.

Of all the responses, and there are plenty, this one may be the most appropriate:

So says BPR. My favorite response….

Here is an interesting challenge to you. Name one country with one party rule where the population is not in fear nor persecuted. Please read a history book before posting such idiocy

Twitter's CEO loves this article about driving conservatives from public life and turning the rest of the country into California in the "new civil war." Literally what it's about https://t.co/b8DUxlC9Cw

Totally not worrisome that Jack Dorsey is sharing articles about how bipartisanship is dead and that the right must be mercilessly crushed forever. https://t.co/0a6Ds5xfOh

You are a freakin' jerk.

Saying it's a "great read" is a cop out

Is an endorsement Jack
And we all know it https://t.co/m8kl4pDgc0

The gun prohibitionist snowflakes think they'll be able to show up at the 2nd Civil War unarmed, riding in on their unicorns, sprinkling pixie dust.

Businesses that choose a side should choose wisely. https://t.co/VqstT0YoH3

All pretenses of neutrality have been washed away. https://t.co/jHYOfneOse

This IS an admission by Twitter that they have a corporate bias against conservatives.