Following is a preface by The New York Times editorial board, followed by several letters to the editor from Trump voters across the country regarding their opinion of President Trump’s first year in office.

And, no, I’m not kidding. This is from the Queen of Trump Haters, The New York Times. We published a similar story earlier involving a CNN interview of Trump supporters in video format offering their opinion of the President’s first year in office.

The Times editorial board has been sharply critical of the Trump presidency, on grounds of policy and personal conduct. Not all readers have been persuaded. In the spirit of open debate, and in hopes of helping readers who agree with us better understand the views of those who don’t, we wanted to let Mr. Trump’s supporters make their best case for him as the first year of his presidency approaches its close. Tomorrow we’ll present some letters from readers who voted for Mr. Trump but are now disillusioned, and from those reacting to today’s letters and our decision to provide Trump voters this platform. 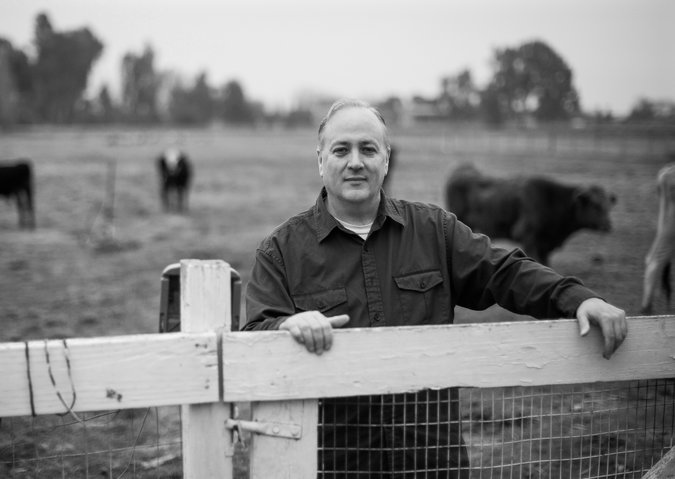 Donald Trump has succeeded where Barack Obama failed. The economy is up, foreign tyrants are afraid, ISIS has lost most of its territory, our embassy will be moved to Jerusalem and tax reform is accomplished. More than that, Mr. Trump is learning, adapting and getting savvier every day. Entitlement reform is next! Lastly, the entrenched interests in Washington, which have done nothing but glad-hand one another, and both political parties are angry and afraid.

Who knew that all it would take to make progress was vision, chutzpah and some testosterone?

I voted against Hillary Clinton more than I voted for Donald Trump. That said, President Trump has exceeded my wildest expectations. Yes, he is embarrassing. Yes, he picks unnecessary fights. But he also pushed tax reform through, has largely defeated ISIS in Iraq, has named a number of solid conservative judges, has prioritized American citizens over illegal immigrants, has gotten us out of several bad international agreements, has removed a number of wasteful regulations, is putting real pressure on North Korea and Iran, has reined in a number of out-of-control agencies, and so on and so on.

I loved George W. Bush, but he failed on policy over and over again. If it takes putting up with Mr. Trump’s brash ways to see things get done, that is a deal I’m willing to accept. To be honest, I’m not sure he would have accomplished what he has so far without being an unrelenting public bully.

Not only did I vote for him, but I also made more than 5,000 calls on his behalf (and I’ve been a registered Democrat for 40 years). So far I am thrilled with his performance. Numerous reasons, but here are a few: recognition of Jerusalem as Israel’s capital; letting the generals crush ISIS; stronger plans to prevent North Korea and Iran from using nuclear weapons; getting out of biased United Nations organizations; and respect for the flag and the rule of law.

I thank my dear New York Times for asking to hear from Trump voters. It’s been difficult to read the paper this past year. It’s anti-Trump in everything from the front page to fashion. It’s so pervasive that I wouldn’t be surprised to learn that there’s not another loyal New York Times reader out there who voted for Mr. Trump and that I’m sending the only submission. New York Times, I will always love you, despite our disagreement.

A president like Donald Trump only appears every 100 years or so. He came to office with a solid Electoral College majority and a history of strong leadership of people from all walks of life. His positive agenda can be boiled down to national security and economic growth.

By any measure President Trump’s first year has shown prodigious progress. As a child of the ’60s I admire his iconoclastic nature, optimism and unapologetic humanity. When asked during the campaign about his truthfulness, he replied that maybe he is too truthful. He does ruffle feathers, but seems to end up being right about most important things. I think Mr. Trump is doing a terrific job against all odds, and is getting better. I am proud when I see the First Couple representing us on the world stage. Tens of millions of thoughtful, compassionate Americans agree with me.

I’ve voted twice in my life: once for myself when I ran for Congress 10 years ago, and once for Donald Trump last year. Virtually all of my friends or colleagues actively hate Mr. Trump. I’m a minority in every circle I move in. I have a Ph.D. from the University of Chicago, and a bachelor’s and master’s from Harvard; I’m a former hedge fund trader and now an academic; I’m a journalist and author. Imagine being a Trump supporter in even one of those circles! We learn to stay quiet.

How’s he doing? He has turned a fragile nation “anti-fragile” (the scholar Nassim Nicholas Taleb’s term). Before Mr. Trump, we were scared of any volatility. Oh no, ISIS! Oh no, banks! The more chaos there was, the worse we were.

Now volatility is our friend. The more chaos, the better! Entrepreneurship up. Optimism up. Good old American problem solving is back! You know who loves change? Capitalists. Mr. Trump has led us on that spiritual exodus.

The writer is an associate professor of analytics and finance at the University of Bridgeport.

I’m thrilled with the progress that President Trump has made in defeating ISIS, cutting taxes for middle-class families and making court appointments. Thanks to the tax cuts, my husband and I stand to keep a much larger portion of our paychecks. I’d like to see more work in securing the border, enforcing immigration laws, improving our infrastructure and combating political corruption in D.C. (in both parties).

I’m thrilled at his support for Israel. Nikki Haley is one of his best appointments, and I love seeing strong women stand up for what’s right on a global stage.

What I like least about his presidency so far is the tweeting. It’s often immature and lowers the tone of the debate while debasing the office of the presidency. That said, I think the media needs to be a lot more evenhanded in its coverage of him and keep its personal opinions in check.

After voting for Democrats for over 60 years I voted for President Trump. As an immigrant, I was concerned that the country I have grown to love was, to quote a recent Op-Ed article in your paper, beginning to undergo “a national descent into chaos.” Towns were being destroyed by their own citizens for what they saw as police injustice, our police were being slaughtered in cold blood and New York City’s mayor said he had warned his son against the police.

I thought sanctuary cities were unjust to our own citizens, and our attempt to keep intact our reputation as welcoming Uncle Sam was becoming detrimental to our own welfare. Mr. Trump’s language is often inappropriate and juvenile, and I had hoped he would rise to his new position. But although words are indeed important, I thought his tough take-no-prisoners manner and, yes, even his unpredictability might be what was needed at this particular time to cause offending persons and countries to sit up, consider us seriously, and think twice about taking advantage of us financially and otherwise.

Before I respond to your questions, I have a question of my own: Did you run similar surveys for Obama voters? Or, for that matter, Eisenhower voters? Trump voters are not circus freaks to be displayed or singled out.

The very fact that we have a tax cut, a roaring economy and stock market, a magnificent new Supreme Court justice and a wonderful attorney general with not only a moral compass but also a determination to actually enforce the laws of the land gives me great hope for this country’s future.

I think President Trump is doing just fine, particularly when one considers the sustained assault of the media, Hollywood, talk shows and, dare I say, “the paper of record,” which has abandoned all pretense of objectivity to join, if not lead, “the resistance.”

To see all of the letters to the editor from Trump voters and comments, click here.

Analysis: The Biden Regime Has Declared War on Trump Supporters
May 9th, 2021 The Lid
Contact us