Newt Gingrich is rumored to be at the top of Trump’s short list for VP. Newt has been my first choice since the beginning. One down side….

This is tremendous news! Donald Trump is considering Newt Gingrich as his running mate, according to sources familiar with recent discussions Trump has been involved in regarding his short list for vice-president. Newt is rumored to be at the top of that list.

I thought Ben Carson would wind up as The Donald’s veep, but Ben has stated publicly that he does not want the job. He wants to be involved in Trump’s administration, so it appears he has eye on another cabinet position, or possibly serving as a senior advisor to Trump. Carson was given the job of compiling the list of potential VP candidates.

Newt Gingrich has been my preferred running mate for The Donald since the very beginning. He could not make a better choice. Newt is an incredibly intuitive genius, he is a constitutional scholar and expert, an extremely creative, out-of-the-box, and big picture thinker, and probably the most important thing he brings to the table is his intimate understanding of Capitol Hill and how to get things done in the halls, chambers, and back rooms of Congress.

Newt will make an outstanding president should anything happen to The Donald. Like Trump, he is a doer. He knows how to get things done and does them. His Contract With America was pure genius. He is humble to a fault (he stood by quietly while Slick Willie took credit for his Contract With America that Clinton had to be dragged to the table, kicking and screaming, to sign), and a true leader, which he denies. Demonstrating his rare and well known humility, Newt once said of himself in regard to leadership, “I’m not a natural leader. I’m too intellectual; I’m too abstract; I think too much.”

I didn’t say Newt was always right. He is wrong on that. Newt is a born leader, clearly the best Speaker of the House in our lifetime, a leadership position if there ever was one.

Trump was recently endorsed by Sheldon Adelson, who backed Newt Gingrich in 2012. I wonder if Newt’s position at the top of Trump’s VP short is connected to Adelson’s endorsement.

The only down side to having Newt as VP is his age. He will be 73 on June 17. Typically, the vice-president is the party’s heir apparent to the White House, given that his boss serves two terms. Newt will be 81 come Election Day, 2024. So, a younger candidate will almost certainly be Option #1.

That is the only negative I see in selecting Newt as VP, and it is a minor one, in my opinion, and is far outweighed by all of the positives I mentioned above.

There is one other minor negative – his wife’s helmet…. I mean hairdo. She needs a new one. 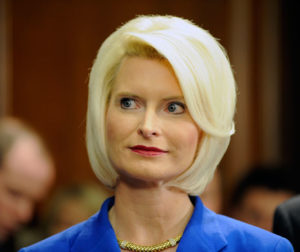 Newt Gingrich said Friday that “you have to look at it very seriously, of course” regarding the possibility of being presumptive Republican nominee Donald Trump’s running mate.

“I regard Donald as an old friend,” Gingrich, the former Georgia representative who was House speaker from 1995 to 1999, told Bill O’Reilly on Fox News.

Gingrich, 72, said that he his wife, Callista, “have regularly talked with him for the last five or six years during the campaign occasionally. I do more of it by email than I do phone.

“We have communicated on a routine basis with the campaign and with Trump and his family.”

Newsmax reported Tuesday that Gingrich topped Trump’s list of possible vice presidential choices. The developer said that he was seeking a partner while deep experience within Washington who could help him “”with legislation, getting things through.”

“There are a lot of very good candidates who know a great deal,” Gingrich told O’Reilly.

“He has been very clear that he wants an insider because he understands that while he has done an amazing job arousing the country, building a real movement, to get things done in Washington — as he proved in the visit yesterday — you have got to sit down and talk to the legislators.
Special: Scientists Are Calling This Smart Pill “Viagra For The Brain”
“I don’t know who is on the list.”

In a separate interview Friday, Gingrich said that casino mogul Sheldon Adelson’s endorsement of Trump would go a long way toward helping him raise money.

Adelson, the billionaire CEO of the Las Vegas Sands casino group and head of the Republican Jewish Coalition, said in an op-ed in The Washington Post that he was endorsing the developer because “the alternative to Trump being sworn in as the nation’s 45th president is frightening.”

In the 2012 primary race, Adelson backed a Gingrich super PAC against Mitt Romney.

“Everyone knows that Sheldon is a very serious man — and to have Sheldon come in as strong as he did” will bring aboard other Republicans, Gingrich said.