This is hilarious! I’m not really sure what led up to this, but I have a few guesses.

Watch as the VIPs attending the NATO Summit gather for what appears to be a photo op. President Trump  is in the second row, and if you know anything about Donald Trump then you know that second is not acceptable.

As the group slows and those assembled take their positions for the photo, President Trump grabs the Prime Minister of Montenegro and shoves him out of the way, taking his position front and center. Those witnessing the incident smile uncomfortably. They hadn’t had that much testosterone in the building since Frau Merkel left.

In the photo, below, the Prime Minister appears to be shocked as President Trump grabs his right arm to shove him aside. “Mommy, Donald is touching me!”

The woman to the left of President Trump appears to be complaining about his behavior…. “Must you Amedican oafs allvase behafe oz such oneemuls?”

President Trump appeared to give it right back to her…. “Look, you of ambiguous gender, when I said ‘America First,’ I wasn’t kidding. Now, why don’t you go find the nearest beach and pound sand up your ass!” 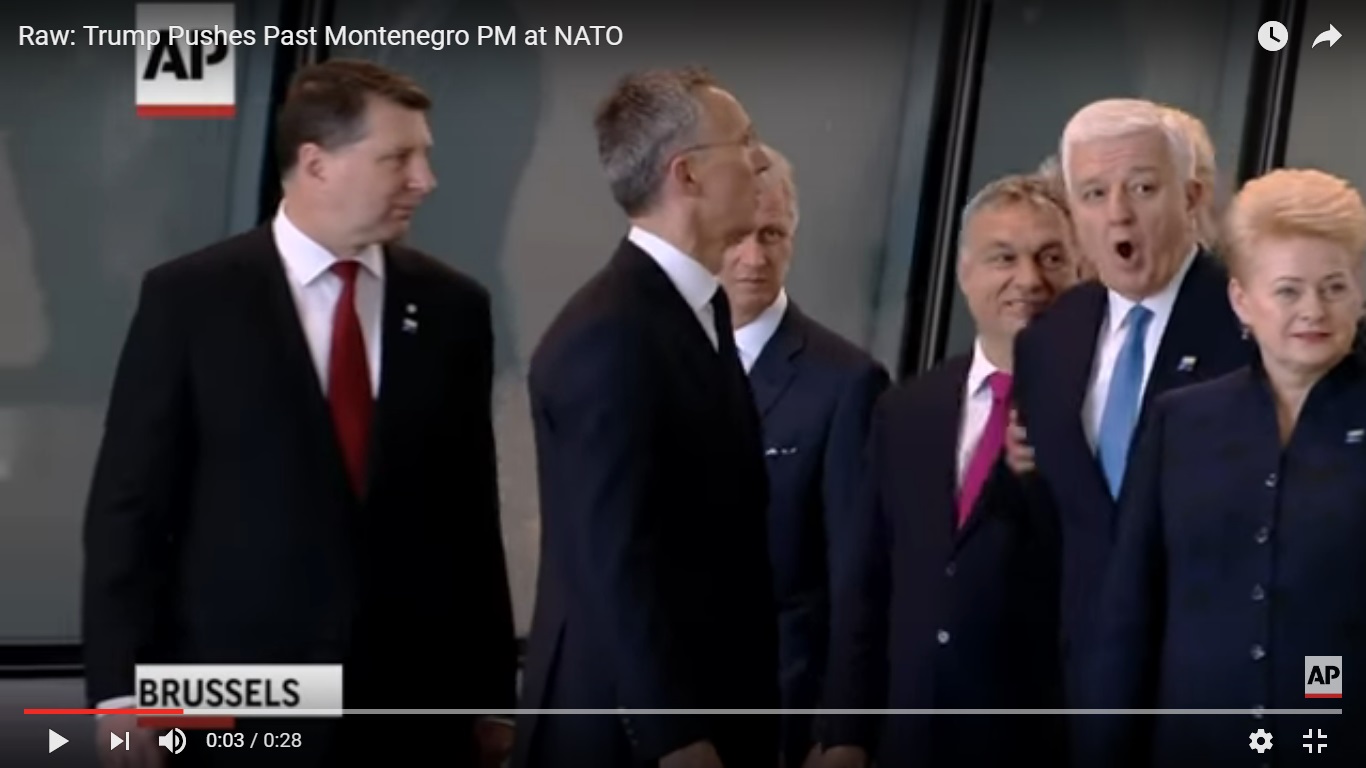