Gardiner said he was disgusted at leaders who were caught smirking and chuckling during Trump’s speech. He criticized Luxembourg Prime Minister Xavier Bettel for appearing to laugh when Trump spoke about the need for nations to pay what they owed to NATO.

Gardiner called the actions of Bettel, French President Emmanuel Macron and Belgian Prime Minister Charles Michel “absolutely appalling.” Macron and Bettel could be seen smirking at each other as Michel and Spanish Prime Minister Mariano Rajoy stood behind them during Trump’s remarks. Gardiner said Macron especially “acted like a little schoolboy” during the meeting.

“Their freedom and security has depended on the U.S. security umbrella for over 70 years,” Gardiner said. He added that Trump was correct in insisting the countries pay their dues to the coalition as America, Greece and a few other members have. 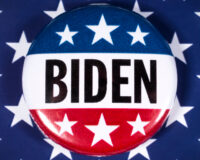