These are the kinds of people teaching your children, folks! Is it any wonder our education system is completely screwed up, turning out brainwashed liberal robots? White students on America’s campuses today routinely apologize for being white. They have been conditioned to be racist…. against their own race.

Lisa Durden was axed from Essex County College as the adjunct communications professor on Friday – roughly two weeks after she appeared on ‘Tucker Carlson Tonight’.

Essex County College’s president Anthony Munroe announced the decision Friday and said officials at the school had received complaints about her heated interview with Carlson.

When Carlson asked her her thoughts, Durden interrupted the host, saying: ‘Boo hoo hoo. You white people are angry because you couldn’t use your white privilege card’ to attend the event.’ 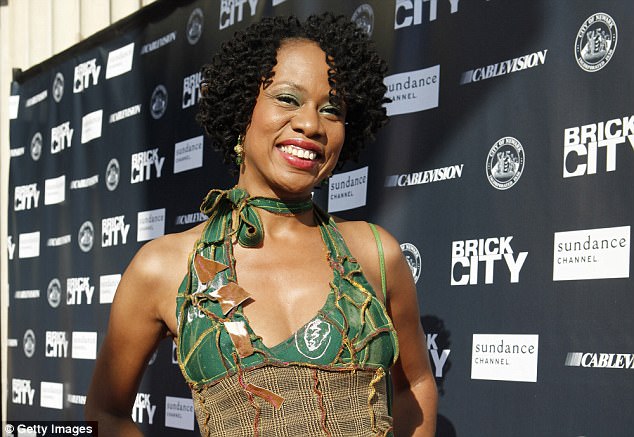 She added, ‘You’ve been having ‘White Day’ forever’ as she defended the group for wanting to have ‘one day for black folks to focus on ourselves.’

Carlson called her comments during the roughly six-minute interview ‘hostile, separatist and crazy.’

The school suspended Durden two days after the show aired.

Durden said the school ‘publicly lynched’ her. The school on Friday said ‘racism cannot be fought with more racism.’

In a statement, Munroe said that families who contacted the school over her comments expressed frustration.

‘When the administration receives an outpouring of concern regarding our student body, it is our responsibility to investigate those concerns,’ he said.

Carlson called her comments during the roughly six-minute interview ‘hostile, separatist and crazy.’ The school suspended Durden two days after the show aired, but the college president ultimately decided to fire her

‘The character of this institution mandates that we embrace diversity, inclusion, and unity. Racism cannot be fought with more racism.’

He made it clear that the college is committed to a welcoming environment to all students of a variety of backgrounds, races and cultures, and defended firing Durden.

‘In consideration of the college’s mission, and the impact that this matter has had on the college’s fulfillment of its mission, we cannot maintain an employment relationship with the adjunct,’ Munroe stated.