According to The News Tribune, “Elfo said Whatcom County Sheriff’s deputies were called to the Chartwell Estates condominium in the 900 block of Marine Drive around 10:28 a.m. on Dec. 26 for the report of a murder-suicide.

When deputies arrived, they found 58-year-old Lynn Heimsoth dead from an apparent gunshot wound in her home, Elfo said. Heimsoth’s 56-year-old husband, Kevin, was also found inside the apartment alive, but with a self-inflicted gunshot wound and was taken to a local hospital, Elfo said.

Heimsoth confessed to the killings via Twitter to President Trump, Mitch McConnell, and the NRA, which he thanked for making it possible for him to get a gun to kill his wife and pets. 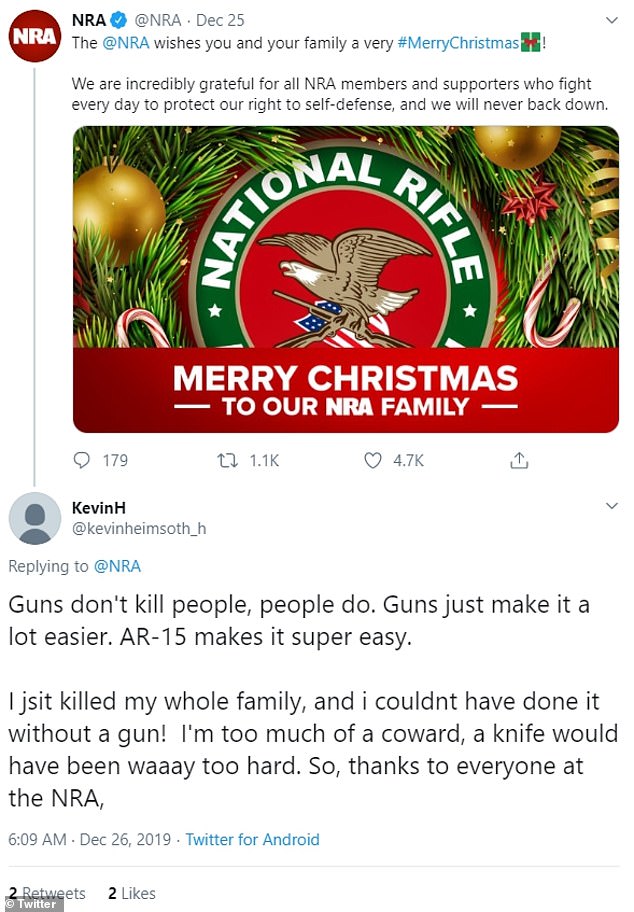 Looks like the only lesson we have learned here is do NOT allow liberals near any firearm.