Where is Al Sharpton? White female police officer shot and killed by black thug in Omaha. No protests, no looting, no fires.

Photo, above: Law enforcement officers gather near the scene of a shooting Wednesday, May 20, 2015 in Omaha, Neb. One female officer and the suspect are dead. (Chris Machian/Omaha World-Herald via AP) MAGS OUT TV OUT

OMAHA, Neb. (AP) — A suspect being sought by police for an Omaha shooting opened fire Wednesday on officers, prompting police to return gunfire in a shootout that left one officer and the suspect dead, Police Chief Todd Schmaderer said.

Schmaderer said Orozco was part of a team of officers looking for Wheeler to serve a felony arrest warrant. Wheeler, who was wanted on warrant charging him in a previous shooting, opened fire on the officers as they approached him. Officers fired back, and Wheeler was later found behind a neighbor’s house suffering from gunshot wounds, the chief said.

Paramedics performed CPR on both the officer and the suspect as they were taken to the hospital.

Orozco was a seven-year veteran of the department and worked in its gang unit, Schmaderer said. She was also a new mother with a premature baby who is in an Omaha hospital.

“(The baby) is set to be released from the hospital tomorrow,” Schmaderer said, his voice breaking. Video below. 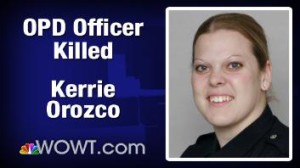 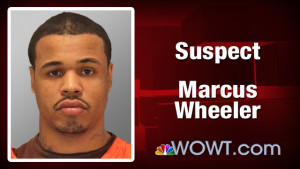