Dishonest media is NOT a modern phenomenon. Check out what this New York Times editor said nearly a century and a half ago 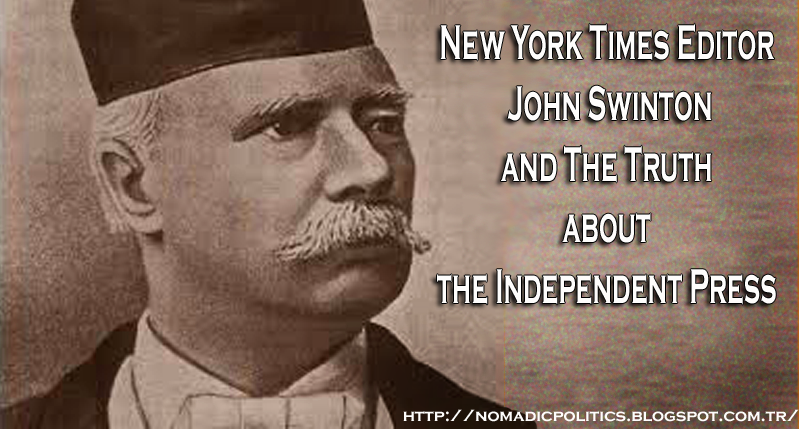 From Powdered Wig contributor, Renee H, who studies and collects historically obscure quotes. It is amazing how relevant they still are. Here is one from John Swinton, spoken at a banquet in his honor in 1880. Swinton was a former Head of Editorial Staff for the New York Times, and was called by his peers, “The Dean of his Profession.”

“There is no such thing, at this date of the world’s history, in America as an independent press. You know it and I know it.

The business of the journalists is to destroy the truth;
to lie outright;
to pervert;
to vilify;
to fawn at the feet of mammon, and
to sell his country and his race for his daily bread.

You know it and I know it and what folly is this toasting an independent press? We are the tools and vassals of rich men behind the scenes. We are jumping jacks, they pull the strings and we dance. Our talents, our possibilities and our lives are all the property of other men.  We are intellectual prostitutes.”