Jabba the Hutt, aka Michael Moore, violated federal law by attempting to bribe electors who would refuse to vote for Donald Trump

Liberals believe they can do whatever they want, refusing to be troubled by anything contrary to their will and desire, like the LAW!

Case in point: Jabba the Hutt, aka Michael Moore, in a facebook post, below, offered to pay the fines for any Republican electors who would refuse to vote for Donald Trump.

He knew it was against the law, but he didn’t care. He thought he could do an end around the law by saying, “I obviously can’t and won’t give you money to vote tomorrow, but if you do vote your conscience and you are punished for it, I will personally step up pay your fine.”

Translation: “I won’t give you money, but I will give you money.” That is how I would view Jabba’s offer were I a judge hearing this case. 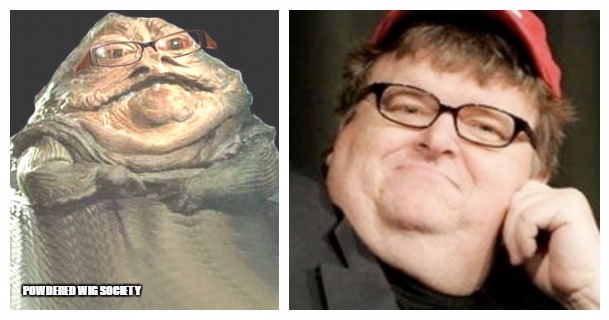 “Whoever knowingly or willfully…. pays or offers to pay or accepts payment either for registration to vote or for voting shall be fined not more than $10,000 or imprisoned not more than five years, or both: Provided, however, That this provision shall be applicable only to general, special, or primary elections held solely or in part for the purpose of selecting or electing any candidate for the office of President…..”

Throw the book at him, Judge!