VIDEO: ISIS takes down Jordanian jet with heat-seeking missile. One of the missing missiles from Gaddafi’s arsenal?

Have you ever wondered the current whereabouts of the 4,000 (one report claims 20,000) MAN-Portable Air Defense System (MANPADS) heat-seeking missiles that terrorists stole from Gaddafi’s arsenal in Libya, as we stood by and watched, Obama refusing to get involved?

It was reported that one of the missions of  the Benghazi CIA operation in 2012 was to track down and retrieve the missing missiles. Each of those missiles can be fired by a single man and can easily take down a sitting duck airliner.

Last week ISIS shot down a Jordanian F-16 fighter jet with a heat-seeking missile, taking the pilot, First Lieutenant Mu’ath al-Kaseasbeh,  captive. This is not good! 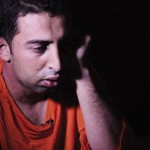 Lt Kaseasbeh, who is pictured wearing an orange jumpsuit, describes how his jet was hit by anti-aircraft fire near Raqqa, which is located on the banks of the Euphrates River in northern Syria.

‘We entered the region of ar-Raqqah to sweep the area, then the striker jets entered to begin their attack,’ he was quoted as saying. ‘My plane was struck by a heat-seeking missile. I heard and felt its hit.

‘The other Jordanian pilot in the mission – the first lieutenant pilot Saddām Mardīnī – contacted me from a participating jet and told me that I was struck and that fire was coming out of the rear nozzle of my engine.

‘I checked the system display and it indicated that the engine was damaged and burning. The plane began to deviate from its normal flight path, so I ejected.

‘I landed in the Furāt River by parachute and the seat caught on some ground, keeping me fixed, until I was captured by soldiers of the Islamic State.’