And Obama is worried about waterboarding? Ha! Here is how Russian-supported troops treat their ISIS captives

This is how Russian-supported troops in Syria deal with ISIS captives.

And Barack Hussein is worried about waterboarding? Really? 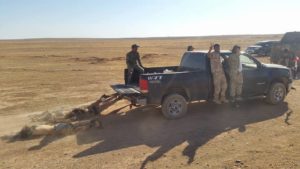