More from the religion of peace. UN official: Woman burned alive by ISIS for refusing to perform “extreme sex act.”

A woman was burned alive by depraved Islamic State militants after she refused to take part in an ‘extreme sex act’, a United Nations official has revealed.

Hundreds of women have been kidnapped by jihadi fighters who send the ‘prettiest virgins’ to slave markets in the Syrian city of Raqqa, where they are sold as sexual objects to the highest bidder.

Many are stripped naked and forced to undergo virginity tests before being sent to the twisted auctions, the UN’s Special Representative on Sexual Violence in Conflict has said. 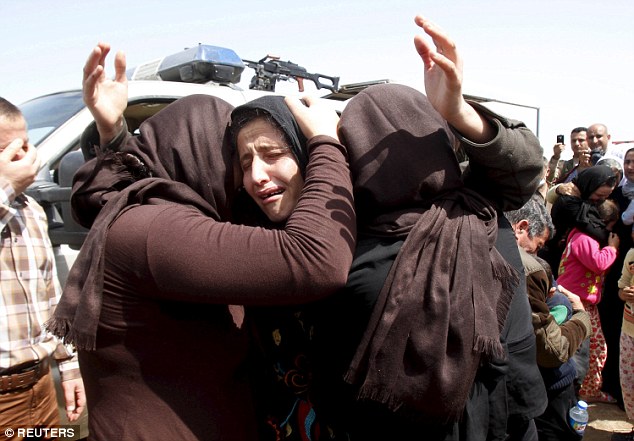 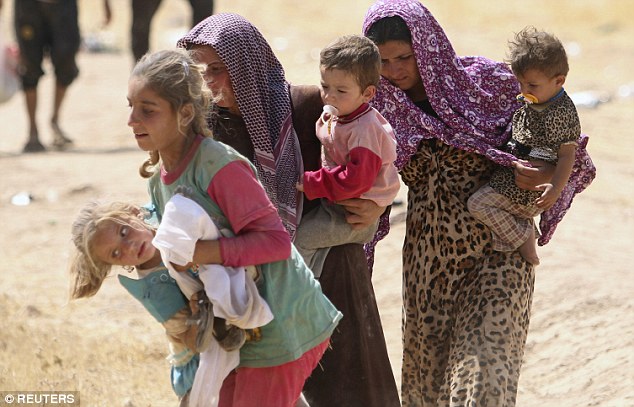 Abused: One of the 200 Yazidi girls taken hostage last June (not pictured) said she was ‘sexually abused by no fewer than ten men’

She said: ‘They (ISIS) commit rape, sexual slavery, forced prostitution and other acts of extreme brutality.

‘We heard one case of a 20-year-old girl who was burned alive because she refused to perform an extreme sex act. We learned of many other sadistic sexual acts.’

ISIS has carried out ‘systematic sexual crimes’ against Yazidi women and girls after kidnapping over 200 of them from their homes in northern Iraq last August, Human Rights Watch (HRW) has said.

Those considered the most beautiful are then sent to Islamic State’s adopted capital where they are sold naked, the UN envoy now claims.

They are first offered to the leaders of the depraved organisation, followed by the Emirs, and finally the soldiers.

Each buyer usually takes three or four girls and keeps them for a few months before they grow tired of them and sell them again, she told Middle East Eye.

IS ‘were looking for women and they took them for themselves’ 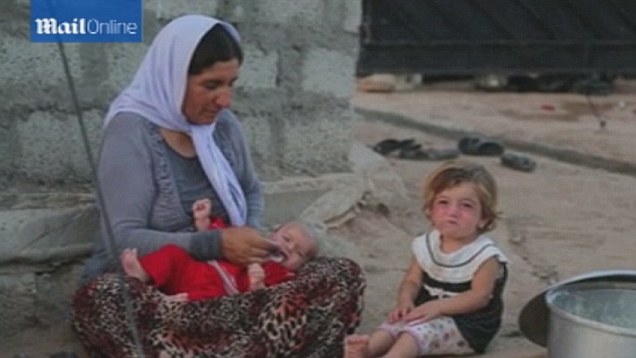 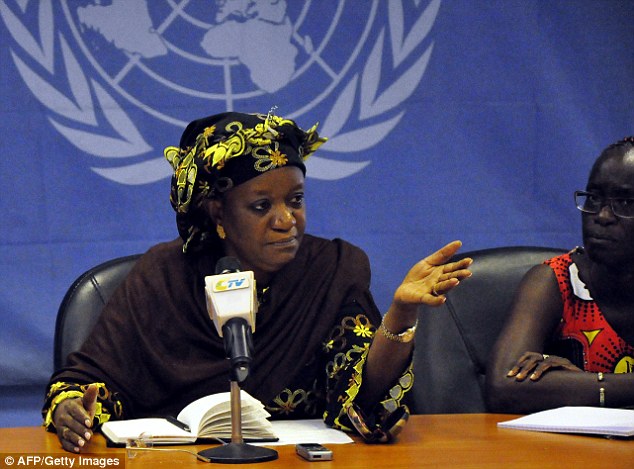 Depravity: The captured girls are first offered to ISIS leaders, then its Emirs, followed by the fighters, United Nation’s Special Representative on Sexual Violence in Conflict Zainab Bangura (pictured) claims

She added: ‘We heard of one girl who was traded 22 times and of a Takfiri leader who had written his name on the girl’s hand to show that she was his ‘property’.

‘Tens of thousands of the ISIS members expect that they will [get] women to [marry] following their recruitment.’

She said the extremists banned the girls from using headscarves after some girls used them to hang themselves.

The city of Raqqa – where the girls are supposedly being taken and violated – was adopted by Islamic State as its capital city.

ISIS has released several gruesome images and videos from the city which show armed militants parading the streets, public executions and the extremists’ all-female brigade which enforces its strict interpretation of Sharia Law.

But not all kidnapped girls are taken to the heart of Islamic State’s brutal regime. In early April, more than 200 Yazidi women, children and elderly were released near Kirkuk after being taken hostage last June. 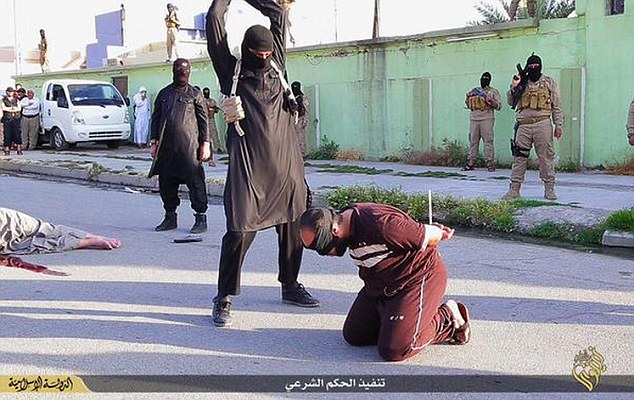 Heart of darkness: UN’s envoy claims ISIS is taking girls to its adopted capital in Raqqa (pictured), Syria, where the militants have carried out many beheadings (pictured) 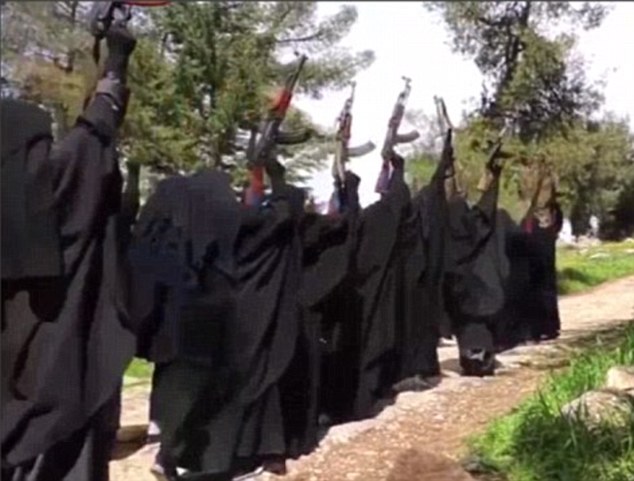 Aid workers reported that among them was a pregnant nine-year-old girl who suffered horrific sexual abuse at the hands of ISIS militants in northern Iraq. She claimed to have been ‘sexually abused by no fewer than ten men’.