Daesh (ISIS) attacks American base in Iraq in first ever clash with US troops. I bet the goat-humpers will think twice before trying that again

So, after much planning and training and celebrating with the blood of desert rats, or whatever it is that goat-humping cockroaches drink (it certainly isn’t anything as manly as alcohol), ISIS reckoned it was ready for the big leagues and selected a small force of 100 American “advisers” as its first military conquest of the hated infidels.

Wrong! What was left of the Daesh mob after an up-close-and-personal demonstration of American ground and air power scattered across the dunes with their devil tails tucked firmly between their legs. By the way I prefer the name “Daesh” to “ISIS” now, as I understand the gang of cockroaches considers being called Daesh a supreme insult.

Combat may not exactly be Daesh’s forte. Maybe they should stick to enterprises they know something about, like cowardly beheading innocent, defenseless people and gang-raping livestock.

American troops in Iraq had their first actual battle with ISIS troops after the Islamist militants tried to overrun a base, an encounter that left the ISIS troops decimated and in retreat.

The attack took place near the Ein al-Asad base, which includes close to 100 U.S. military advisers. The U.S. troops, armed with “light and medium weapons,” and were able to inflict casualties against the ISIS fighters, forcing them to retreat, Shafaq News reported. The American troops were also aided by fighter jets, which directed air strikes against the ISIS troops that “silenced their heavy sources of fire.”

“US forces intervened because of ISIS started to come near the base, which they are stationed in so out of self-defense,” said Sheikh Mahmud Nimrawi, a prominent tribal leader.

The incident was the first time that American troops clashed with ISIS forces on the ground in Iraq. For several weeks, the United States has led a series of air strikes against ISIS positions in Iraq and Syria, ones aimed at crippling the militant group’s ability to move about the country and coordinate attacks.

ISIS has responded by calling on members to strike out against American interests in the United States and Canada, and also executing Western hostages. 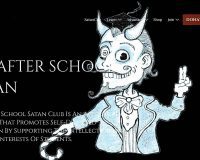 Why After School Satan Clubs Are Not Protected Under Constitution (Video)
January 20th, 2022 Sons of Liberty Media