The Robert Mueller quote that will be played over and over has given new life to the Democrats’ hope of impeaching President Trump and may very well turn the American justice system into a system of injustice….

“if we had had confidence that the president clearly did not commit a crime, we would have said so.”

Clearly, from the beginning, the case to determine if President Trump colluded with the Russians was unjust. It should never have happened. Robert Mueller should never have been appointed. There was no probable cause to conduct such an investigation.

Oh, I’ve heard the Democrat mantra, that the case was not to determine whether President Trump committed a crime, but rather to determine if the Russians had influenced the 2016 presidential election.

Bullshit! There is not a person on this planet naive enough to believe that lie. Mueller’s investigation was conducted to nail the president’s hide to the wall. Period! After two exhaustive years and $35 million spent by his army of Trump-hating Democrat donors, masquerading as impartial, objective investigators, nary a shred of evidence was found to implicate President Trump in anything.

So, the investigation has ended. Or, has it?

Mueller’s Wednesday address regarding his investigation and report was irresponsible and transparently partisan, as though he may have given up on the Russian collusion investigation, but he hasn’t yet given up his crusade to destroy President Trump.

Whereas “innocent until proven guilty” has forever been the foundation of the American justice system, Robert Mueller, a heretofore respected attorney and former Director of the FBI, has changed that. A new precedent has been established. Now, according to Mr. Mueller’s brand of justice, the rules are, “Just because I couldn’t find any evidence of a crime, doesn’t mean that you aren’t guilty and subject to persecution forever.”

“Obstruction” is the charge (that was never charged) that the congressional Democrats are hanging their impeachment hopes on, using Mueller’s statement as grounds to rig their kangaroo court, as they know that “obstruction” can be, and will be in this case, purely subjective. They can decide that anything was obstruction. They can decide that President Trump obstructed justice by fuming over an unjust investigation that turned up nothing. They can then consider that grounds for impeachment, which will pass in the House, but never result in a conviction in the Senate. No matter, they will have achieved what they intended, to hinder the agenda and tarnish the legacy of their worst enemy.

Should President Trump decide to challenge impeachment in the courts, as he should, the case will probably make its way to the Supremes, a now conservative-leaning court that will likely decide in the president’s favor. And, much time, money, and media attention will have been spent on the mere spectacle.

Yet, the Democrats will persist with their unethical, immoral, and shameful crusade to remove a sitting, duly elected president, or at least damage him as much as they possibly can. They are stretching the legal system to the limit in an attempt to snare an innocent man. We cannot forget, that if they can successfully do this to the most powerful man in the world, We the People stand no chance. We will be helpless when they come for us, and come they will! They want 100% control over us all. There is no question about that. The most amazing aspect of their treachery is the gullible morons and blind followers the Democrats have convinced that they, the Democrats, have the best interest of America at heart. More BS! They care only about themselves. Their followers are nothing more than useful idiots, keeping them in power.

The Democrats are totalitarian fascists! Their dream is to take our guns, making us defenseless, forcing us to eat only what they say we can eat, taking nearly all of our income, leaving us just enough to survive, forcing their global, one-world agenda down our throats, forcing us to freeze in the winter and sweat in the summer to abide by their transparently bogus global warming initiatives, and aborting as many of the most defenseless among us as possible, even those breathing and struggling to survive in the first minutes of their God-given gift of life. Please, don’t take my word for it. Just listen to what they say. And, the greatest obstacle between the demonic leftists and the implementation of their dream is President Trump. 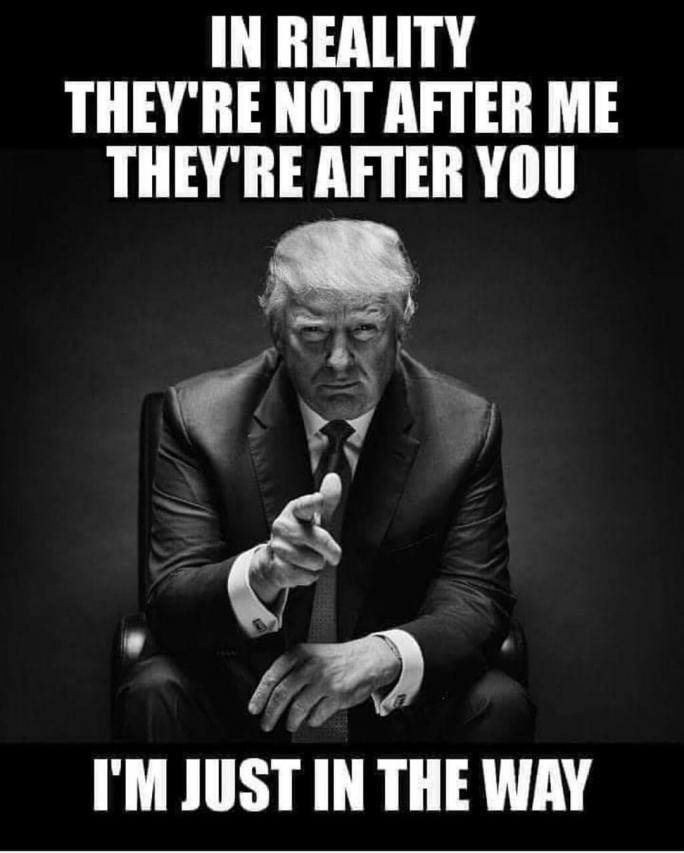 I believe the odds of success on a charge of obstruction against the president are minuscule if he decides to fight it, and I believe he will.

The president’s case is solid, in my opinion. He didn’t obstruct anything. All he did was complain about the witch hunt he was the target of and he may have mentioned firing Mueller, which isn’t obstruction. Obstruction would be an overt act, like actually firing Mueller. The president didn’t do that.

What do the Democrats intend to call their bogus “obstruction” charge, “attempted obstruction?” How far can they actually stretch the law? It’s like a prosecutor attempting to charge a man with “attempted DUI” because he was found in the driver’s seat of his car in his driveway intoxicated. There is no evidence that he drove there intoxicated. He may have simply been listening to a ball game on his car radio while enjoying a couple of beers, on his own property, not public property, and the prosecutor hinges his case on the fact that the man had his driver’s license in his pocket, therefore he was attempting to drive while intoxicated. This is how far we are stretching the law, and if these liberal parasites in Congress get away with it, Katie, bar the door, everyone is fair game from then on.

The Democrats are stretching the law to the breaking point in an attempt to hang an innocent man. It is transparent and vulgar. Please, AG Barr, investigate the scum who took part in this 2-year unconstitutional circus and prosecute them to the max. Or else, there is no justice!

"If we had confidence that the president did not commit a crime, we would have said so." That is not the standard of a prosecutor. Prosecutors exist to determine whether someone committed a chargeable offense, not whether they are exonerated of charges.

Mueller and his entire team, as well as Comey, McCabe, Strzok, Clapper, Brennan, and all of the other career parasites who participated in the persecution of an innocent man (found innocent by virtue of zero evidence of wrongdoing) must be investigated and prosecuted.