In light of “new leads” (more evidence) into Hillary’s email investigation, DOJ IG has postponed his scheduled testimony before Congress

DOJ IG Michael Horowitz’s testimony before Congress that was scheduled for May 8 has been postponed in light of “new leads” discovered in the Hillary Clinton email investigation, according to a letter from Inspector General Horowitz to the House Oversight Committee.

This almost certainly means that new and damaging evidence has been found in the latest cache of Hillary emails.

One must wonder what the Clintons’ exit plan is. Qatar? I believe President Trump will apprehend them no matter where they go.

Inspector General Michael Horowitz’s widely anticipated testimony next week before the House Oversight Committee has been postponed, as the Justice Department IG has pursued new leads in his review of the Hillary Clinton email investigation, according to a congressional letter and sources familiar with the matter.

“It is of the utmost importance that your review be as fulsome, complete and unimpeded as possible,” Rep. Trey Gowdy, R-S.C., the chairman of the committee, wrote in a recent letter to Horowitz obtained by Fox News.

Horowitz was scheduled to appear before the committee on May 8. But Gowdy told Horowitz he wants to reschedule his testimony “as close to the day the report is finalized as is practicable.”

Gowdy said the decision to postpone is based on “the representations” in an April 23 letter from Horowitz.

The developments suggest Horowitz is still working to complete his review of the FBI and DOJ’s handling of the Clinton case. Sources familiar with the review have told Fox News that Horowitz has continued to pursue new leads and witnesses in recent weeks.

“Within the next few weeks, I anticipate that our inspector general will complete a comprehensive, fair and nonpartisan report that answers many questions about how the Department of Justice handled a high-profile investigation during the last presidential campaign,” Rosenstein said. “We will learn from it, and our Department will do better in the future.”

Elements of a related review already have been made public. In April, a Horowitz review faulted former FBI Deputy Director Andrew McCabe for his role in a media leak about the Clinton Foundation. In that report, Horowitz said McCabe lied four times — three times under oath — and referred the matter to the U.S. Attorney’s office for possible criminal prosecution. 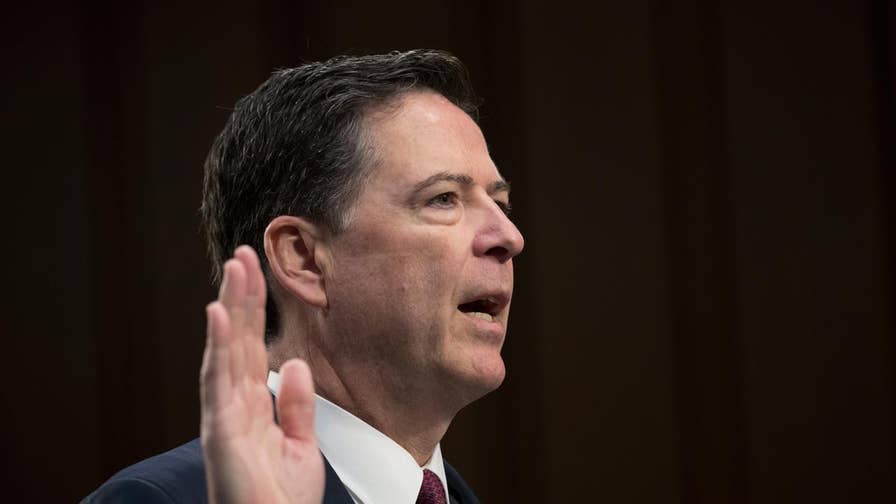 McCabe has vowed to fight the allegations, saying then-FBI Director James Comey knew of his media engagement with the Wall Street Journal, but wanted to distance himself from disclosures.

Horowitz’s forthcoming report is also expected to examine actions taken at the bureau by Comey. The former director confirmed in an interview with Fox News last week that he had spoken with Horowitz’s team about his handling of memos documenting his conversations with President Trump.

Gowdy did not set a new date for the testimony, but, considering the short congressional calendar in May, it’s possible Horowitz’s testimony could be put off until June.

Palm Beach Officials Working on Plan to Extradite Trump to Manhattan
May 14th, 2021 Flag And Cross

A Secular Jew’s And Gentile’s Guide To The Jewish Holiday Of Shavuot And The ‘Ten Commandments’
May 14th, 2021 The Lid
Contact us