Hitlery is shaking in her Salvatore Ferragamos! On the Brexit vote, she sobs, “Donald Trump has a real chance of winning this election.”

Hitlery is shaking in her Salvatore Ferragamos!

In a letter to the brain-dead (her loyal supporters), Hitlery sobbed, “Donald Trump has a real chance of winning this election.”

Wow! Hitlery actually gets it. Brexit shook the world Thursday, especially the insulated, isolated world of the entitled elite who wrongfully presumed that We the People would remain useful idiots forever and gratefully accept any horror they wish to inflict upon us.

Britain’s horror du jour, shared by the rest of the civilized world, is uncontrolled immigration, specifically, in Britain’s case, the Muslim variety, which is eating the once peaceful and prosperous continent of Europe alive, and wreaking havoc upon its generous social welfare programs.

I’m thinking you got it too late, Hitlery. The die is cast. The momentum left you liberal numbskulls a year ago. It is a new world, a world rich in nationalist spirit, rejecting your globalist “village.” Trump Fever is spreading across the planet like a gorgeous sunrise.

what about all those articles saying brexit has nothing to do with trump???? pic.twitter.com/KwO4i5Q6wl

.@jamestaranto @HillaryClinton asking her supporters to think critically is a very dangerous road to travel… 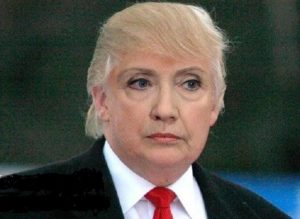