BOOM! Newest WikiLeaks dump reveals an email in which Hitlery refers to Arabs as sand niggers. This should finish the Wicked Witch!

H/T Joe LaVeque
Although there are many more WikiLeaks to come regarding the Wicked Witch of Benghazi, the most evil creature to ever find herself this close to the American presidency, this one should be the stake in the heart of her campaign to be President.

In the leaked email, pictured below, Hitlery denigrates two races at once, referring to Arabs as sand niggers. One has to wonder how Huma Abedin and her family feel about this, as well as Barack Hussein, Kazoo Khan, and all of Hitlery’s Muslim supporters, especially the Saud family.

One thing is certain – the media will ignore Hitlery’s racist comment or compare it favorably to Donald Trump’s locker room language. I imagine a lead-in something along the lines of, “In an obscure private email, which Hillary Clinton never authorized release of, a term was used that some may consider impolite. However, it pales in comparison to misogynist Donald Trump’s foul language referring to female genitalia in the most degrading language, which one would expect to hear from no man in civilized society.” 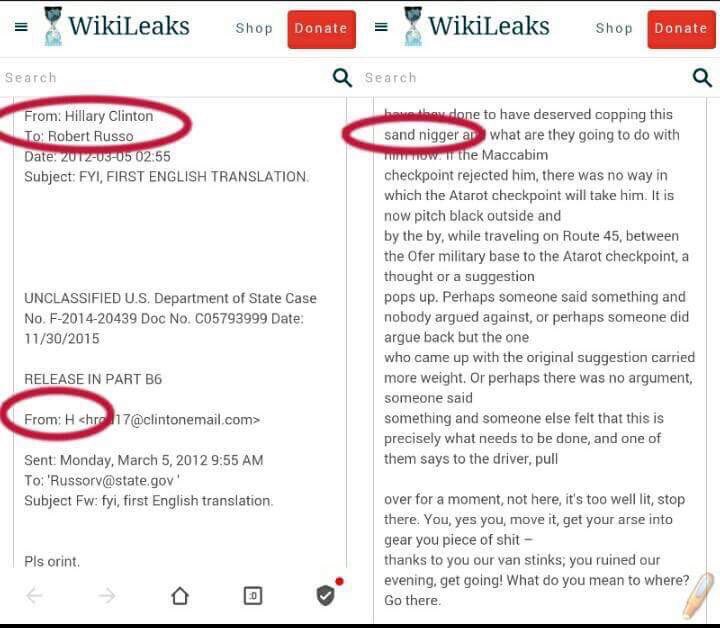