I have been in one Starbucks in my life. To say it was nothing special is an understatement. I went in specifically to see if Starbucks’ $4 coffee was that much superior to McDonald’s $1 coffee. It wasn’t.

Instead of being treated to a two-hour orgasm, which I fully expect for that kind of money, I was entertained, as I sat there at my table, by a steady parade of yuppies with sweaters tied around their waists, struggling to decide how adventurous to be today. “Oh, God, should I stick with the Caramel Macchiato or really step out of my shell and go for it with the Teavana Oprah Cinnamon Chai Tea Latte? Oh, fudge, I’m going for it!” Gotta’ love a daredevil.

I haven’t tried Black Rifle’s coffee yet, but I have to admit a few of their premium roasts sound very interesting. I would love to try their “Caffeinated as Fuck” blend just to see what it is like to be awake for six months.

There is no question that when it comes to coffee, patriots do it best. I have tried Vallorani’s coffee and it is terrific. The folks at Vallorani are fellow patriots and my wife says their coffee is the best she ever had, which is what she says about me…. at least when I’m around. 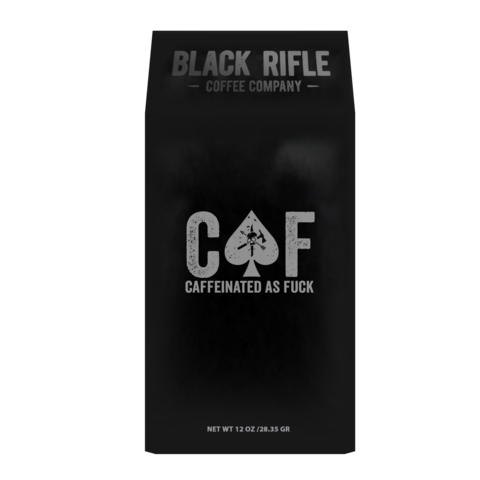