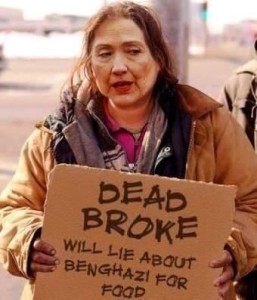 Cyber-security expert Vinny Troia told Fox News’ Greta Van Susteren on Tuesday that he traced the IP address of the server Hillary Clinton used to host the private email account she used as secretary of state to a government building in the heart of New York City.

“I did read reports that [the server] was at her house, but when we traced the IP address it came back to the city office here in downtown Manhattan,” Troia told Van Susteren.

Troia is CEO of the IT consulting firm Night Lion Security.

The exact location of Clinton’s server has been a mystery, though after The Associated Press reported on its existence last week it was assumed by many to have been kept at her Chappaqua, N.Y. residence. The AP reported that the server was registered to that location and to a longtime Clinton associate.

Neither the State Department nor Clinton, who held a press conference on Tuesday to discuss the growing scandal, have sought to clear up confusion over many aspects of the private emails, including specifics related to the server.

Clinton said in the press conference that the email server was safe and secure “on property guarded by Secret Service.” But she also said that it will remain private and that she will not turn it over to the State Department.

“Assuming that the city officials did set this up, they would have the facilities in their building to set this up,” Troia told Van Susteren. “It’s not a small thing to have at your house. So you would need a pretty large Internet connection to keep it up to make sure it doesn’t go down.”

Van Susteren was clearly intrigued by the revelation.

She asked if the IP address was traced back to the headquarters of the Clinton Foundation, the family’s global charity.

Troia said it was not.

Instead, using Google Maps, Troia found that the latitude and longitude for the building came up in downtown Manhattan.

“It was a city of New York officials’ building,” he said.

Troia provided a screen shot of a map of the location in a tweet he sent out after the interview with Van Susteren.

Hillary Clinton email location data on Google maps. @greta thanks for having me on @foxnews pic.twitter.com/i7Rm2AXCor

“It was a pretty solid match to that block,” Troia said. “And that was the only official building in that vicinity.”

The coordinates Troia found in his search trace to the New York City Buildings Department at 280 Broadway. That building is across Chambers Street from the plaza that includes New York City Hall.

Troia said that there was “absolutely no question” that the IP address would be traced to that address.

Troia made another interesting claim when he said that Clinton’s deleted emails are more than likely recoverable.

While Clinton turned over 30,490 emails at the request of the State Department in December, she said Tuesday that she deleted nearly 32,000 “personal” emails. She claimed that she turned over all emails that could have possibly pertained to official government business. The rest were emails about her daughter Chelsea’s wedding, recipes, and yoga routines, she said.

He said that email server systems “are designed so that when one system goes down it fails over to another system.”

“So even though her main server may have been located here in the city, there’s almost always going to be backup copies offsite or a redundant copy somewhere else where the data was replicated,” Troia added.

Following Clinton’s press conference, Trey Gowdy, who chairs the House Select Committee investigation into Benghazi, said that the committee plans to subpoena Clinton’s server. The South Carolina Republican also said that Clinton will need to appear before the panel “at least twice.”