Granny Clampett, I mean Ruth Bader Ginsburg, has issued a nonapology to Donald Trump, so I am offering the same to her

I have said some bad things about  Ruth Bader Ginsburg lately, thus I would like to offer a heartfelt apology, much like the apology she offered Donald Trump after declaring that she is moving to New Zealand if Trump is elected president.

Granny Ginsburg said of her dissing The Donald, “On reflection, my recent remarks in response to press inquiries were ill-advised and I regret making them. Judges should avoid commenting on a candidate for public office. In the future I will be more circumspect.”

Translation: “Holy Shit! I didn’t realize there would be such a firestorm over my hatred for Donald Trump and all conservatives. I could actually lose my  job over this. Perhaps a little disingenuous ass-kissing is in order to save said job.”

LOL! Gotcha’, your exalted highness of the formerly revered Supreme Court of the United States. Following your lead, I offer the following nonapology….

“Dear  Justice Ginsburg, I regret that I called you a leftist tool. I still believe it, of course, I simply regret saying it. I have no job to protect, so I have no idea why I regret it. It was also wrong of me to call you a complete and biased dumbass and liberal waste of flesh, and I regret it. I simply veered off the road of cherished American political correctness for a spell. I shall endeavor to drive more soberly in the future.

I regret that I referred to you as a worn out old hag. I stand by my statement, however, that you should resign your position on the court, not only because your liberal political bias clearly draws into question your objectivity and fairness, which are absolutely required of a high court justice, thus disqualifying your service on the bench, but mostly because at some point a justice simply becomes unusable, too old to keep up with the world. There should be a maximum age for Supreme Court justices, and it should not be 370 (judging by your appearance). By the way, I regret that statement.” 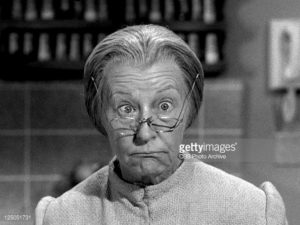 “On reflection, my recent remarks in response to press inquiries were ill-advised and I regret making them. Judges should avoid commenting on a candidate for public office. In the future I will be more circumspect.”

The statements of course were a bit more than “ill-advised.” They were unethical.  Moreover, some have noted that expressing regret is not an apology.  I do believe an apology is in order.  However, the statement makes no excuses and promises to avoid such transgressions in the future.  It should defuse much of the current controversy, even though Ginsburg’s conduct was quite shocking.  With three separate interviews and a well-established ethical rule against such statements, the violation was frankly breathtaking.  I have great respect for Justice Ginsburg but this incident will tarnish an otherwise inspiring legacy on the Court.

Moreover, if this election produces another court challenge like the one in Bush v. Gore, I believe that Ginsburg would have to seriously consider recusing herself.  It would be highly inappropriate for her to sit on such a case after saying that she might move to New Zealand rather than live in a country headed by Trump.

I still hope that the incident will refocus attention on the need for the reform of the Supreme Court. I have long advocated an enforceable system of judicial ethics.  The apology today should not detract from the need to have such a system.  The Supreme Court is the only part of our federal government that has no enforceable ethical code.  This is not the first such violation by a member of the Court. Indeed, a majority of justices have been accused of ethical violations.

I also hope that the incident will force greater circumspection on the part of Ginsburg and her colleagues over their growing public appearances and speeches.  I have been a long critic of what I have called the “celebrity justice” model of the modern Court.  The corrosive effect of such public engagements is evident in the unethical statements made by Justice Ginsburg.