Debbie Wasserman Schultz’s brother is Steven Wasserman, Asst US Attorney for DC. He will be handling the Awan case. How convenient!

The Democrat Party is such a small and close-knit world.

Consider this…. Steven Wasserman is the Assistant US Attorney for the District of Columbia. He is said to have thrown a wrench into the Seth Rich murder case and will likely handle the Awan case. Does his name sound familiar? Maybe like Debbie Wasserman Schultz? Yep, they are related, brother and sister, as a matter of fact.

Will Wasserman recuse himself from the Awan case. If he doesn’t, it will be the greatest travesty in the history of American law. Even if he does recuse himself, I expect him to influence the case a great deal.

But, as always with Democrat politics, nothing to see here. Move along, folks.

@GeorgWebb Yes, Confirmed…But Linked In Photo now missing, as is a statement he made referenced in Wikipedia… pic.twitter.com/yp6lTXJXJZ

Yep it's her brother. From DWS FB Page pic.twitter.com/Z3JSsuaFM4 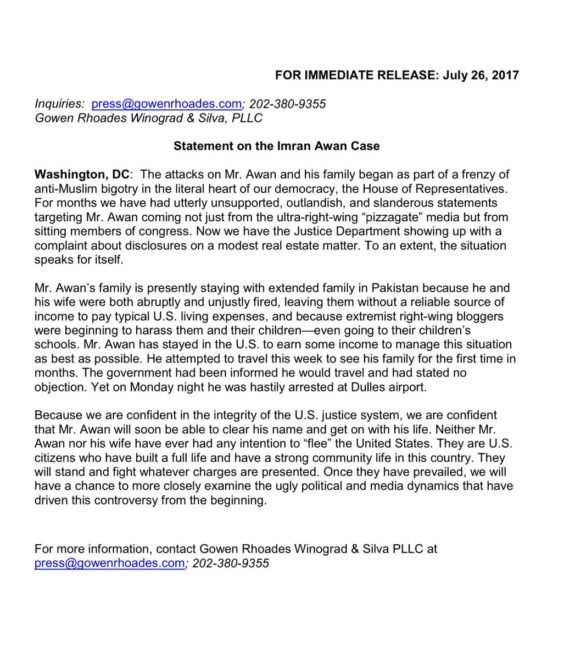 Biden to Let More than 1.2 Million Illegals Into the Country This Year
April 17th, 2021 Flag And Cross
Contact us