Disguising her voice, Debbie Wasserman Schultz called the attorney’s office bringing the lawsuit against the DNC, but she forgot one critical detail

Background: There is a class action lawsuit underway against the DNC and Debbie Wasserman Schultz for fraud against supporters of Bernie Sanders, resulting from WikiLeaks’ leaked DNC emails that proved the Democrat primary was clearly manipulated to nominate the Wicked Witch of Benghazi.

Schultz, like her favorite presidential candidate, is not well-known for ethical integrity. Neither is she well-known as a superior strategist or tactician. In fact, she is mostly known as a bumbling fool who is capable of destroying an anvil with a banana.

A strange phone call was received Thursday at the office of Beck and Lee, the firm bringing the lawsuit against the DNC and Wasserman Schultz. The caller, who refused to identify himself or herself, was using a voice changer to make unidentifiable his or her real voice and was seeking information on the case against the DNC and Schultz. Revealing only information that is public, the secretary taking the call noted the phone number on caller ID. A Google search of the number of the mysterious caller determined it was the phone number of Schultz’s Florida congressional office. 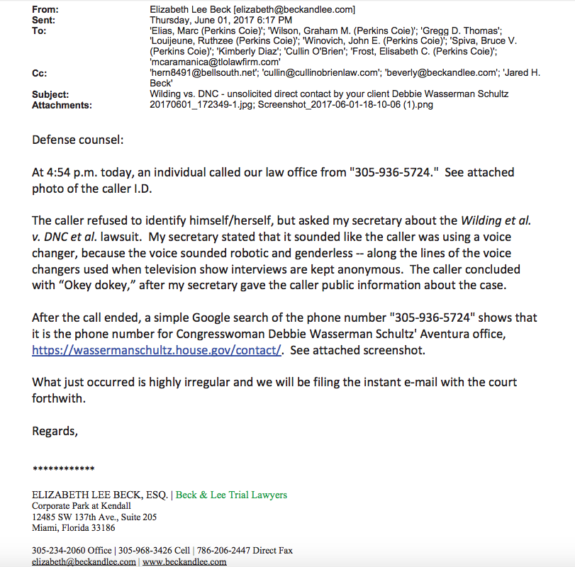 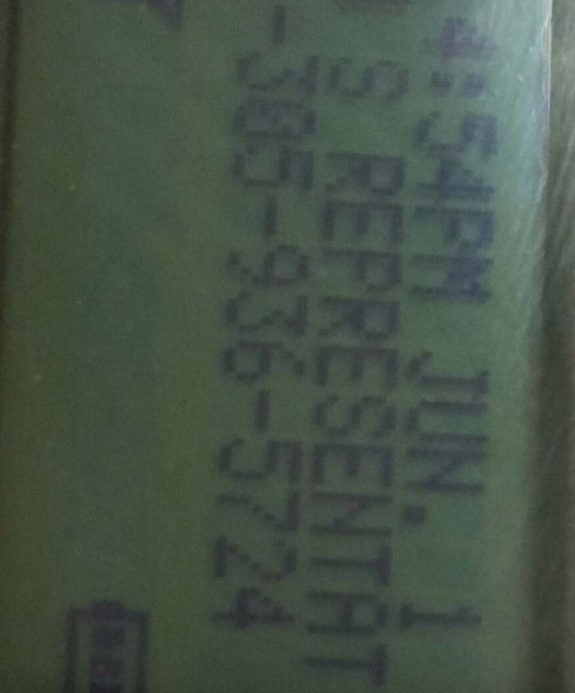 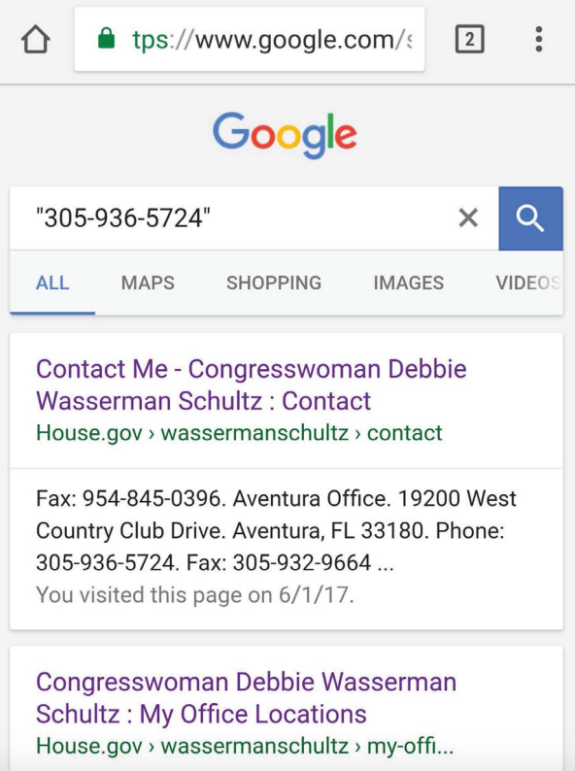