On May 18, 2017, Debbie Wasserman Schultz during a House Appropriations Legislative Branch Subcommittee held a hearing to review the budget for the U.S. Capitol Police, during which she attempted to harass and intimidate the Police Chief to return a laptop computer that was found on Capitol grounds. The laptop doesn’t belong to Wasserman, but rather, Imran Awan, the target of an investigation.

The Florida lawmaker used her position on the committee that sets the police force’s budget to press its chief to relinquish the piece of evidence Thursday in what could be considered using her authority to attempt to interfere with a criminal investigation.

The Capitol Police and outside agencies are pursuing Imran Awan, who has run technology for the Florida lawmaker since 2005 and was banned from the House network in February on suspicion of data breaches and theft.

Obviously, Debbie Wasserman Schultz has plenty to worry about. Watch the video, below, as she repeatedly tries to intimidate Capitol Police Chief Vanderosa into turning over Awan’s laptop that is in the Chief’s custody.

Wasserman Schultz asks the same question over and over…. “If a member says they have equipment that has been lost, and you find it, it would be returned to the member?” Chief Vanderosa tells her several times that such equipment would be returned to the member as long as he or she is not part of an ongoing investigation, clearly trying hard to not reveal that Awan, the owner of the computer, is under investigation. The Chief did a great job and the 12th-ugliest woman in Washington (all Democrats) did not get the computer, even though she threatened the Chief with “consequences.”

FL politicos who have known @DWStweets for years are telling me she's a nervous wreck, barely able to function, since #ImranAwan's arrest. 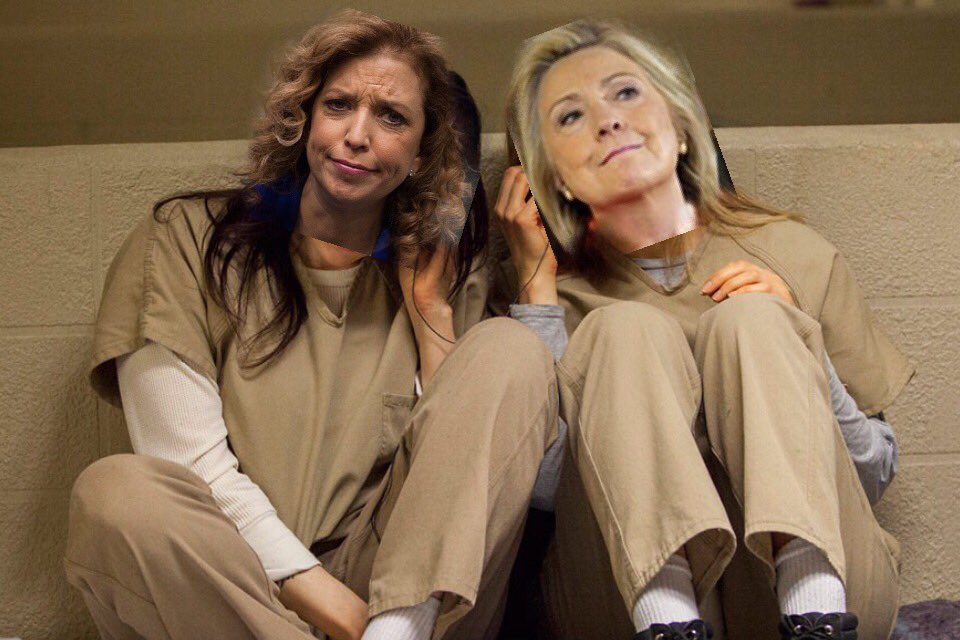