Declaring his undying love for the Clintons, Duane “Dog” Chapman essentially endorsed Hillary for President on Fox News yesterday, citing her no-nonsense, “we’re going to make it a parking lot” rhetoric regarding her personal crusade against Islamic terrorism, which indicates that he actually believes the words coming from the lips of one the most shameless and corrupt liars of the past century.

Further exhibiting his superior character judgement skills, Dog was equally complimentary of Slick Willie, who he believes will complement nicely his wife’s remarkable foreign policy  experience. For sure Bill is eyeing the position of Director of White House Intern Recruiting and Supervision. I envision his office, deep in the bowels of the White House basement, as a replica of Hugh Hefner’s Playboy Grotto… with a walk-in humidor, of course. 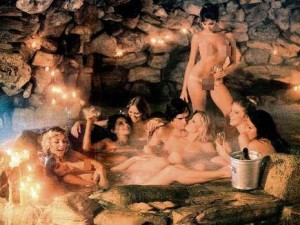 Referring affectionately to Hill and Bill as “The Dynamic Duo,” Dog gushed like a smitten groupie about Monica Lewinsky’s boyfriend’s wife, then abruptly executed a 180, as Fox host Lisa “Kennedy” Montgomery claimed that his endorsement of  Hillary made her “sadder than ‘The Notebook.'”

I’m not sure how Duane Chapman earned his nickname but he does bear a striking resemblance to my long lost best friend, who was also a dog, although Jubal wasn’t nearly as red and wrinkly. 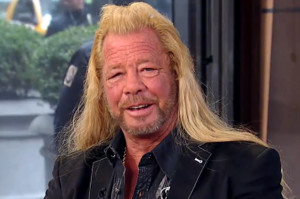 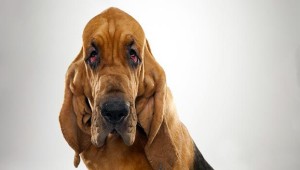