Sanders supporters sue DNC for bias. DNC defense in court: We can be biased and slimy if we want. We are Democrats. Not kidding!

Supporters of Bernie Sanders have sued the Democrat National Committee for bias against their candidate.

There is no question or argument from the DNC that they were biased. Their defense in court is that they can rig an election if they want to because they are Democrats and have every right to be slimy and take people’s money under false pretenses. Really, that is their defense. Not kidding!

The completely rigged nature of political primaries was blown wide open with the release of a transcript from a lawsuit by Bernie Sanders supporters against the Democratic National Committee, according to The Liberty Papers.

Sanders supporters essentially accused the DNC and then-chairwoman Debbie Wasserman Schultz of playing favorites and picking Hillary Clinton to win over their candidate.

The response from DNC lawyers was compelling: they didn’t deny they were playing favorites. Rather, they argued, it was well within their rights to do so. They don’t need to be fair at all.

Early in the hearing – and going over the DNC’s own charter – lawyers claimed the section that requires the committee ensure neutrality in the primaries is merely “a discretionary rule that it didn’t need to adopt to begin with.”

They make their own rules – and break them. Essentially, they argued they can make any decision they want on a candidate – or interpret their own rules anyway they wanted – and there was nothing anybody could do about it.

Before this, DNC lawyers actually tried to argue that Sanders supporters knew going in that the system was rigged, so they had nothing to complain about. This time, they made the same argument: “The Court would have to find that people who fervently supported Bernie Sanders and who purportedly didn’t know that this favoritism was going on would have not given to Mr. Sanders, to Senator Sanders, if they had known that there was this purported favoritism.”

The DNC Charter MEANS Something. The lawyer representing Sanders supporters said that the DNC Charter – which governs how the Democrats will pick a presidential candidate – is an inherent and important part of democracy in America, not just some political rhetoric.

“People paid money in reliance on the understanding that the primary elections for the Democratic nominee—nominating process in 2016 were fair and impartial,” Jared Beck said. “And that’s not just a bedrock assumption that we would assume just by virtue of the fact that we live in a democracy, and we assume that our elections are run in a fair and impartial manner. But that’s what the Democratic National Committee’s own charter says. It says it in black and white. And they can’t deny that.”

He added, “Not only is it in the charter, but it was stated over and over again in the media by the Democratic National Committee’s employees, including Congresswoman Wassermann Schultz, that they were, in fact, acting in compliance with the charter. And they said it again and again, and we’ve cited several instances of that in the case.”

DNC Doubles Down. Defending their bias, the DNC’s lawyers even argued at one point that the words “impartial” and “evenhanded” – words used in the DNC charter – were words that a court couldn’t properly interpret.

The judge said he would make a ruling sometime in the future. We will have to see. If this lawsuit moves forward, it would involve a discovery process that would likely expose Wasserman Schultz and Democratic operatives to their actions and deeds that show even more slimy behavior than we’re already aware of. 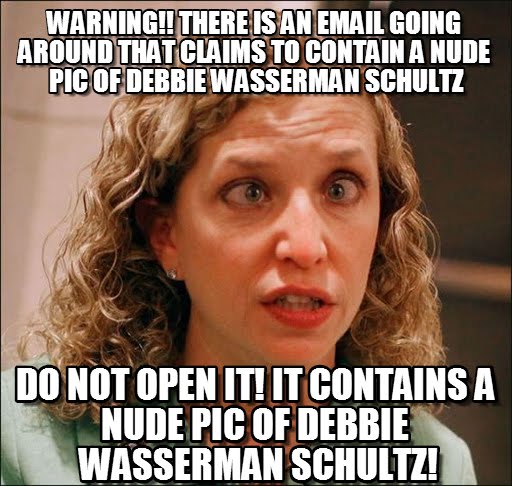