Best definition I have seen of “Democrat”

2. A person who believes in the political or social equality of all people at the expense of all people. A master of shell games.

3. (initial capital letter) Politics. A member of the Democrat Party.

4. A political party/affiliation, parasitic in nature, which exploits the poor  and brainless
to enrich itself and its wealthy associates and masters. 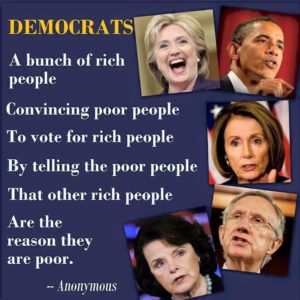