Tim Kaine ranks between cornworms and syphilis according to our Iowa popularity survey. He drew a whole 15 people in Dubuque

On the heels of his massive crowd of 30 last week in Florida, which cost the Hitlery campaign $27,000 per attendee, Tim Kaine tried his luck on an Iowa college campus, presuming he and the Wicked Witch of Benghazi are wildly popular among young first-time voters.

We sent our local field correspondent John Maize to report on the event. John interviewed all 15 attendees, asking what brought them to the Kaine rally and their impression of the event. Following are some of the answers John received….

Farmer in overalls: “I misunderstood the radio ad for the event. I thought it was a “corn rally,” not a Kaine rally. I was very disappointed to find no corn.”

Male student in a bathrobe: “I thought it was a tailgate party. If it’s bigger crowds this guy wants he should hire me. Two words – ‘FREE BEER!’ It isn’t rocket science.”

Confused housewife: “I have heard of Herman Cain, but I thought he was black.”

Homeless man: “I thought it was a soup kitchen. The freaky dude speaking looks like a criminally insane guy I know who lives down by the river, so I am getting the hell out of here!”

John was able to survey all 15 attendees, trying to get a feel for the popularity of Tim Kaine in the Hawkeye State. Following are the ten most unpopular things in Iowa according to our survey…. 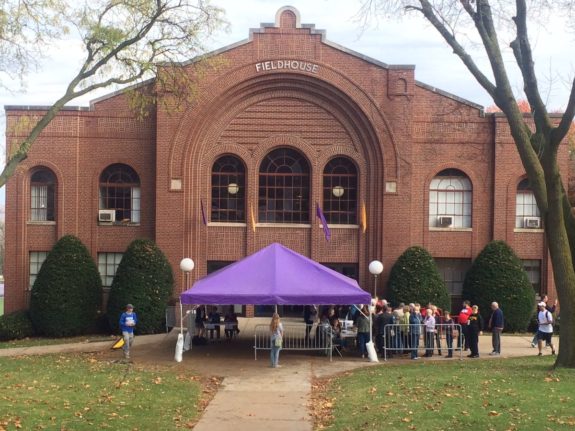