And people wonder why President Trump has a problem with the liberal media.

The leftists and the mainstream media (pardon my redundancy) came unglued over a meeting President Trump had in the Oval Office with presidents of historically black colleges.

No, it wasn’t the historic meeting itself that had the Snowflakes foaming at the mouth. It was Kellyanne Conway sitting on the couch photographing the event.

Kellyanne is sitting comfortably on the couch in a pose they find highly offensive. I see nothing whatsoever offensive about it. Many females sit on chairs and couches this way. They find it comfortable. If President Trump has no problem with it, why should they? These are the same people who thought it was funny when Predator-in-Chief Slick Willie was getting knob jobs in the Oval Office.

Get your fucking feet off the furniture, @KellyannePolls. This isn't your home. https://t.co/12DpukKDkS

Kellyanne Conway checks her phone after taking a photo of President Donald Trump and leaders of black universities, colleges in Oval Office pic.twitter.com/MgVhCoJFuC

Now, here is the real news of the historic meeting, from McClatchy….

President Donald Trump is expected to provide historically black colleges and universities a long-awaited boost as he looks to outdo his predecessors — including the nation’s first African-American president – on a surprising issue.

Trump will sign an executive order as early as Monday, when the schools’ presidents arrive in Washington for a visit. It’s expected to significantly strengthen the office that pushes the federal government to do business with the colleges by moving it to the White House and providing it specific goals, according to those who are helping to write the document.

“It would be truly, truly historic,” said Leonard Haynes, a longtime educator who ran the office and is helping to write the executive order. “It’s part of a long time dream…none of (the other presidents) had the courage to do it.”

Though African-Americans overwhelmingly support Democrats at the polls, many education experts credit Republican leaders for helping to improve HBCUs, the common shorthand for historically black schools.

Some black college administrators say they were disappointed in President Barack Obama for not making the schools a priority and, in some cases, harming their financial health and contributing to declining enrollment with the changes he made to loan programs. 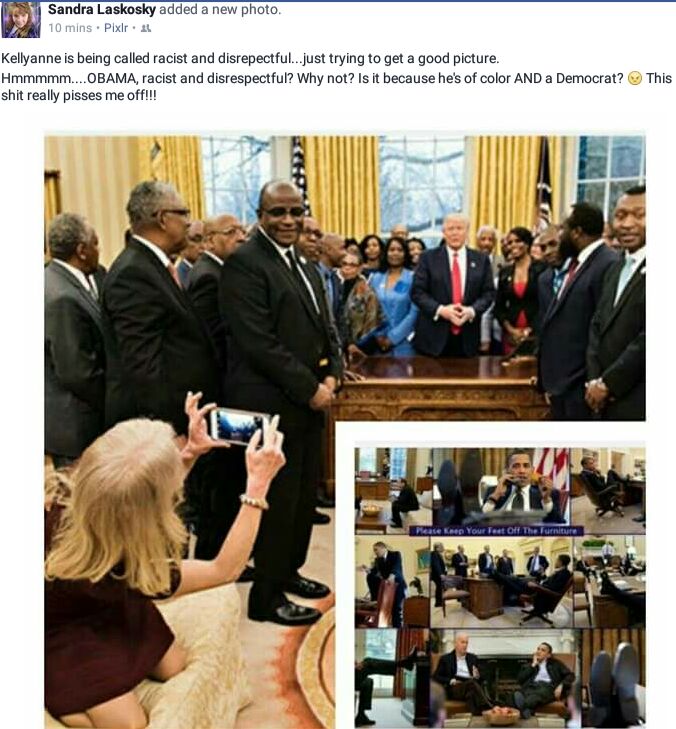 BLM Activists Threaten To Dox Officers And Kill Their Families — Is THAT A Terrorist Threat?
April 13th, 2021 Clash Daily

Biden Implies That Minnesota Cop-Shooting May Have Been Done on Purpose (Watch)
April 13th, 2021 Flag And Cross
Contact us