VIDEO: Dropping like flies! The Clinton body count is growing by the day. If you accept a job where you have sensitive information regarding the Clintons, you may have signed your death warrant 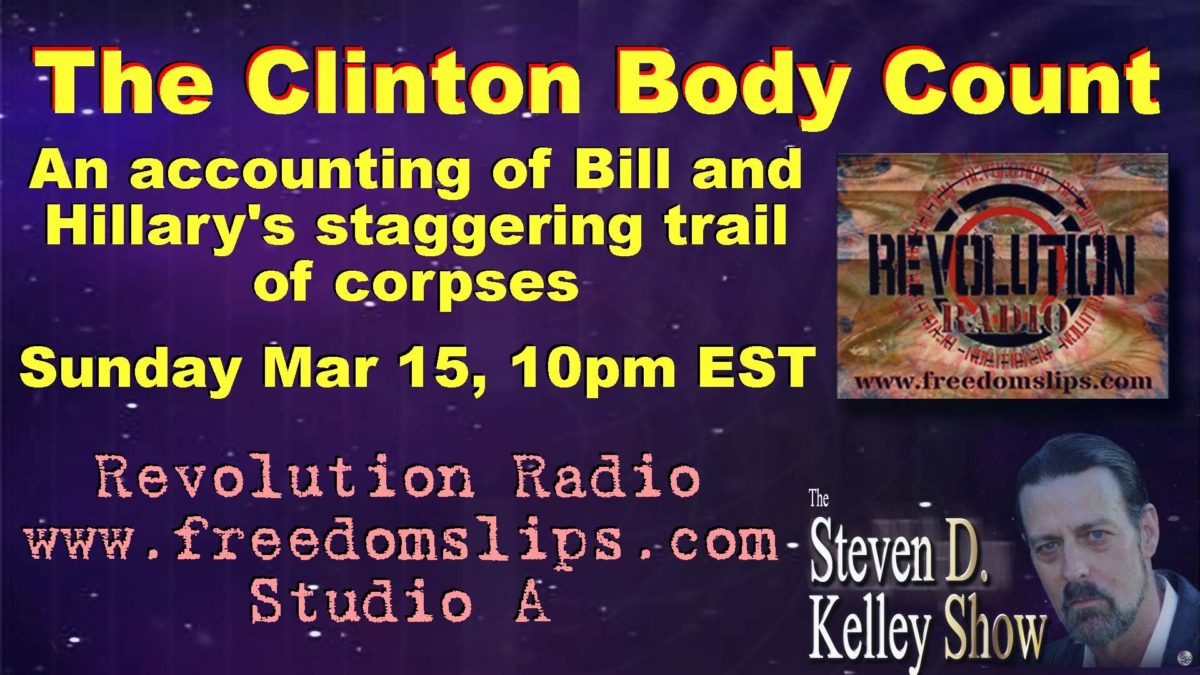 They are dropping like flies. It seems that anyone who possesses any sensitive information regarding the Clintons or the DNC has a life expectancy of about a week.

We are clearly at a crossroads. We can elect this corrupt, criminal bitch, or we can elect the man who aims to put her in jail and return freedom, prosperity, and justice to We the People!

How can all of these deaths of people linked to the Clintons and/or the DNC possibly be coincidence? They can’t!

3) June 22, 2016. John Ashe. Former President of UN General Assembly. Was scheduled to be deposed regarding criminal activities of Clinton crony Ng Lap Seng. Barbell dropped on his throat, crushing his windpipe. An embarrassing revelation of Clinton misconduct averted in the nick of time.

5) July 10, 2016. Seth Rich. Former DNC employee with likely access to DNC emails. Alleged to be the source of Wikileaks DNC email release. Gunned down in the streets of Washington, D.C….robbery? nothing at all was taken!
Punishment and a warning to others?

6) July 25, 2016. Joe Montano. Former DNC head or DNC employee and aide to Clinton VP choice, Tim Kaine. Died in his sleep, age 47. What did he know about Kaine or the DNC scandals?

8) August 2, 2016. Shawn Lucas. Personally subpoenaed DNC to appear in court to answer charges of stealing several primary elections from Bernie Sanders. Found dead in his bathroom by friends or family. Will lawsuit go forward after his murder? Will anyone have the courage to challenge the Obama/Clinton juggernaut and risk death?

Please, watch this 1994 Doc before you vote! you MUST know the roots of these criminals, the Clintons!