We all know that Bill Clinton would never tell a lie, right? Hold your laughter until the end. This gets much better.

So, in defense of himself and his family, Slick took to twitter to proclaim their innocence regarding the continuing allegation that he and the Wicked Witch of Benghazi ripped off the disaster-stricken Haitian people and enjoyed the proceeds for their own pleasure, including millions of dollars on a lavish wedding for Chelsea (you have to admit, Chelsea looks like a homelier modern incarnation of Mrs. Roosevelt).

As always, swift to the denial (even when faced with DNA proof), Bill jumped to the defense….

Hey, Bill, do you know what this sounds like?…. pic.twitter.com/kE98pvThM1

And, as always again, the Clintons have their brain-dead sycophants….

Yo, Monte Hall, it isn't "Trump" making the claim that the Clintons stole $6 billion from the Haitian people, it's the Haitian government. They should know, right? You sound like one of the assclowns who continued to deny Slick having sex with Monica, even AFTER DNA proof!

Then, WikiLeaks joins the fray, catching Slick Willie in yet another barefaced lie. Slick said no “funds” were used for Chelsea’s wedding because it was “resources” that were used, according to Doug Band’s email to John Pizzagate Podesta. You know, it depends on what your definition of is is. 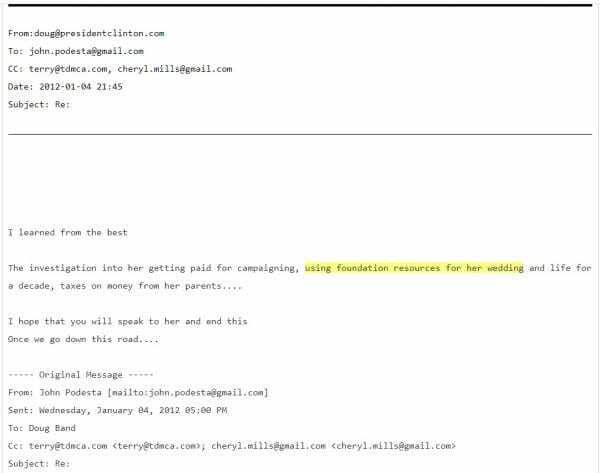 And you can always expect the slammest dunkingest tweets from James Woods….

The balls on this guy! You looted Haiti like a peg-legged pirate. You, your crooked wife, and your cheesy slush fund “foundation” worked in concert to turn it into the shithole it has become. #BagmanBill #ClintonFoundation #Haiti https://t.co/kPRxesS72C

Not having had enough abuse, Slick Willie doubled down….

I’ve traveled and worked in Haiti, and across Africa and Central America. The countries the president described with his epithet do not exist. Some thoughts as we remember those lost in Haiti eight years ago today: https://t.co/iXJwEAo2f6

Epithet??!! Try this epithet on for size : “human humidor.” That’s what you turned your intern into in the confines of our White House. It wasn’t your personal brothel, you hypocrite, it was the People’s White House. Epithet, my ass. https://t.co/kPRxesS72C

And Powdered Wig piled on….

Translation: Haiti is a garden paradise, not a "shithole," as President Trump so rudely describes it. Let us pray. God Bless the poor lost billions of dollars, I mean lost souls who perished in Haiti eight years ago today. Oh, and uh, thanks, Haiti!

Sorry, Slick, the proof is everywhere. It’s worse than DNA!

The nuts and bolts of the Clinton rape of Haiti, courtesy Dinesh D’Souza…. 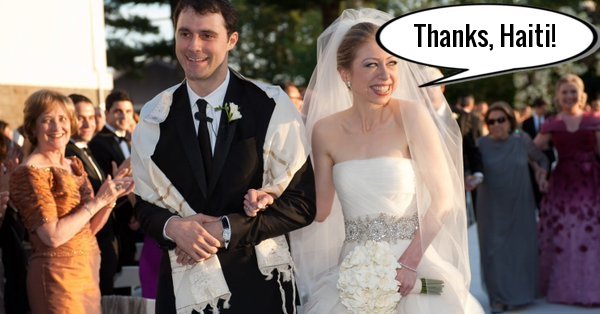