“Bowe Bergdahl is a traitor,” says wife of Army NCO who was permanently disabled by a bullet to the head while searching for Bergdahl

‘Now, which guy is a hero again?’ Wife of soldier left paralyzed and unable to speak after risking his life to save ‘deserter’ Bowe Bergdahl vents her fury on social media

The wife of a disabled Afghanistan veteran who was injured while searching for Sgt. Bowe Bergdahl has posted a scathing message against him this week, adding a personal account to the rising protests against the negotiations with the Taliban that lead to Bergdahl’s freedom.

In a message she posted via Facebook, Shannon Allen, wife of Sgt. 1st Class Mark Allen, wrote ‘Meet my husband, injuries directly brought to you by the actions of this traitor. He can’t give an account of what went down, because he can no longer speak. Now, which guy is a “hero” again?!? Sick.’

Mark Allen, who is from Loganville, Georgia, was injured when a sniper bullet pierced the armor in his helmet in Kabul, Afghanistan. The bullet entered through his frontal lobe, rendering him paralyzed.

The injury occurred only one month after he arrived to Afghanistan.

Shannon Allen’s comments add to the growing surge of public outcry over the circumstances surrounding Bergdahl’s capture by Taliban forces, as well as his release.

Five Taliban fighters were let out of detention in Guantanamo Bay, Cuba, in exchange for Bergdahl’s freedom last week.

According to critics, Bergdahl deserted his post at a U.S. Army base in the Paktika province of Afghanistan on June 30, 2009. Soliders that served at the same time and were deployed to search for him accuse him of deserting the U.S. Military that night. 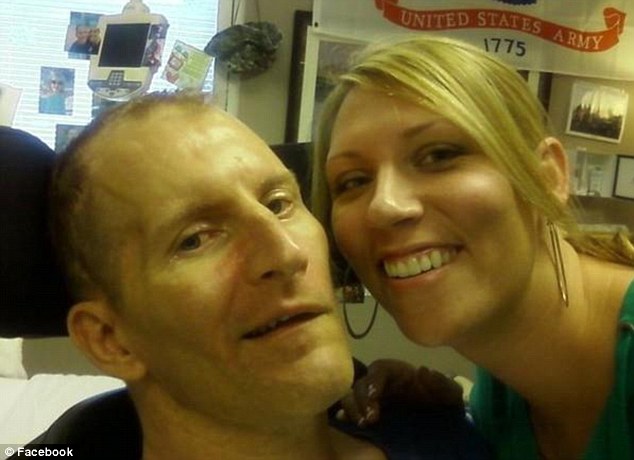 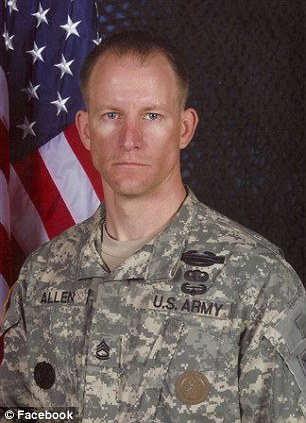 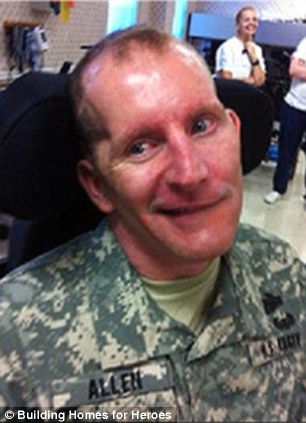 Sgt. 1st Class Mark Allen, pictured above, before and after suffering a gunshot wound to the head. Allen had only been in Afghanistan for one month before he was shot

‘We all served together and we were all in it together over there and he broke that bond by leaving us,’ Army Sgt. Josh Korder said on the Today Show on June 3.

The outcry is also gathering online. The Facebook group ‘Bowe Bergdahl is a Traitor‘ currently has over 69,000 likes. The banner on the top of the page shows the pictures of six soliders who died while searching for Bergdahl.

Bergdahl is currently in Germany, where he is recovering from the five-year ordeal. According to the family’s pastor, his parents Bob and Jani Bergdahl have yet to speak to their son.