Would it be racist for white celebrities to host a gala event for white girls only and call the event, “White Girls Rock?” Without question. Master baiter Little Al Sharpton and his race-pimping bro, Jesse Jackson, would be on the scene with an army of foaming-at-the-mouth protesters faster than a gang of ghetto goons can torch a Ferguson convenience store.

So, how is it acceptable for not only black celebrities, but also the First Lady of the United States, to participate in an event celebrating a single race, any race? Why is this OK?

What will it take to end the hypocrisy? At worst our First Lady’s behavior is clear and blatant racism. At best she is exacerbating the very divisiveness she claims to abhor and be fighting to alleviate.

Can you imagine Jackie Kennedy participating in an event called “White Girls are Wonderful?” (“Rock,” in the contemporary context, was not a part of early 60s vernacular) 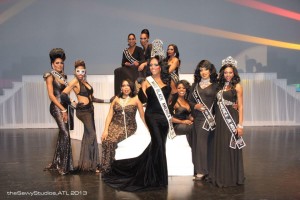 The double standard runs deep in the White House and proof of that was with one particular event Saturday night, guest starring America’s First Lady. Michelle Obama not only supported the purpose of the evening, but she rallied behind it and pushed the racial bias way too far.

From the outset, the awards ceremony seemed to have a positive vibe, encouraging higher education for girls and empowering them to achieve their highest dreams. If it wasn’t for the ceremony’s title, “Black Girls Rock!” displayed across the stage and shouted ad nauseam throughout the night, this event would be commendable in honoring girls who have accomplished great things — but only as long as you’re black.

This isn’t the first time this annual event has hit the stage and perpetuated racial divide. It’s the fifth year, and nobody seems to believe there is an issue with it, despite the fact it seems you have to be black to attend. A “White Girls Rock!” event wouldn’t even last five minutes without rioters outside the venue, shutting it down.

When Michelle took center stage, her message to the eager ears in the crowd full of black girls was that they must ignore the voices that suggest that they were “not good enough.” By her biased support, the First Lady, who attended Princeton and Harvard and attributes her success to being empowered as a young black girl, is essentially telling white girls they aren’t “good enough” since she doesn’t address them with the same overwhelming support she does her own race.

What if Laura Bush hit the stage in a star-studded event for white girls only, announcing females of her race rock? It would never happen because nobody would allow it, yet this same scenario for black Americans is apparently perfectly acceptable and supported by our presidency. The issue isn’t with holding this event and encouraging education in youth, even if just for black girls, it’s that only certain races can get away with such segregated ceremonies, while whites could never do so.