Left wing stool sample has started a PAC titled “I AM GOING TO ASSASSINATE PRESIDENT DONALD J TRUMP.” Why isn’t he in jail?

Has any president in history been so casually threatened with assassination as President Trump? I certainly don’t recall any in my lifetime.

To protect against the numerous assassination threats aimed at President Trump, many even by well-known liberal celebrities, Secret Service protection is at an all-time high, as evidenced in the photos above and below.

According to The Washington Free Beacon, a Chicago resident on Wednesday filed paperwork with the Federal Election Commission to create a new political action committee whose name threatens to assassinate President Donald Trump.

The PAC is titled, “I AM GOING TO ASSASSINATE PRESIDENT DONALD J TRUMP.” (The name is registered in all capital letters.)

An individual named Freddy Black filed the paperwork and wrote, “Send donations to reward my assassination of Donald J Trump to: Freddy Black, 3001 S King Drive Apt 1118, Chicago IL 60616. Or to my IDOC Parole Agent Mr. Done Let”s get him assassinated in the next 24 hours!! Then I”ll kill all the KKK motherfuckers too [sic].”

It is unclear if Freddy Black is the actual name or a pseudonym of the individual behind the PAC. The address that Black provides in his filing leads to an apartment complex on the south side of Chicago.

In the filing, Black is also listed as the PAC’s treasurer. “Hacker” and “assassin” are his listed titles.

The Washington Free Beacon reached out to the Secret Service for comment on the new PAC.

“The Secret Service is aware of the organization’s statement but as a matter of practice we do not comment on protective intelligence investigations,” a spokesperson for the Secret Service said.

The new PAC’s filing comes after a Utah man named Travis Luke Dominguez was indicted earlier this month on multiple charges of threatening to kill Trump and police, and later people in a Utah movie theater complex, a bank, and another business.

Note that several Secret Service agents in the photo below are wearing red ties. I believe that is a show of solidarity with and gratitude for President Trump, who has made red ties famous 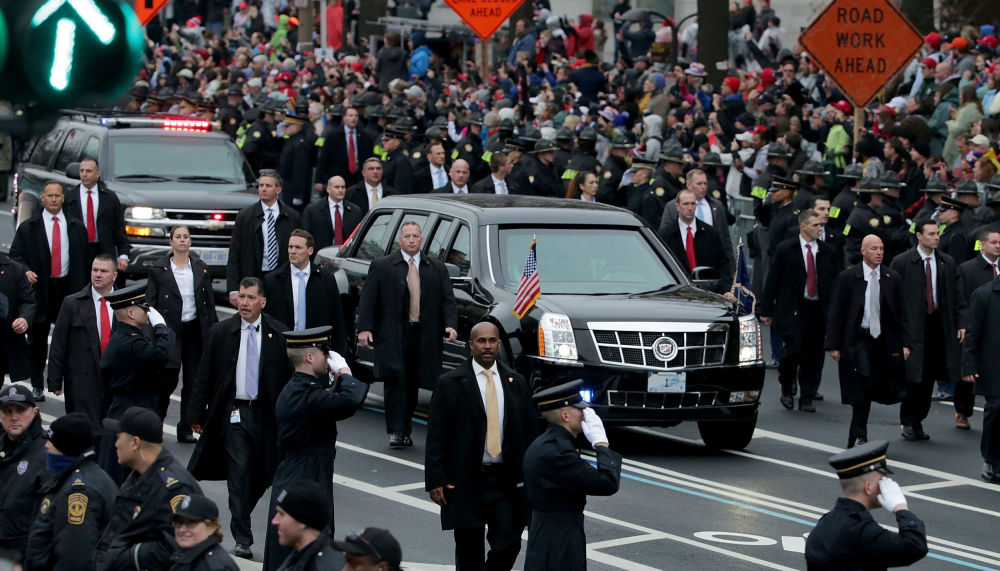 (WATCH) Biden in October 2020: You Can’t Legislate Through Executive Orders ‘Unless You’re a Dictator’
January 27th, 2021 The Mental Recession
Contact us