Cheesehead Conspiracy! Are Priebus and Ryan still scheming to steal the GOP nomination from Donald Trump? According to Roger Stone, YES!

Trump campaign insider, Roger Stone, is claiming that Reince Priebus and Paul Ryan are planning to “extort” Trump at the RNC.

Stone says he will elaborate later today on the Priebus/Ryan coup, which I call “The Cheesehead Conspiracy,” in an interview with Infowars. 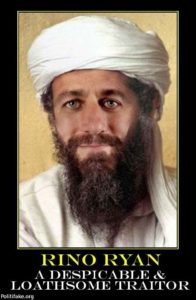 Donald Trump campaign confidante Roger Stone warns that Speaker of the House Paul Ryan and RNC chairman Reince Priebus are planning to “extort” Trump at the RNC after Ryan refused to endorse the presumptive Republican nominee.

During an interview with NBC’s Meet the Press on Sunday, Trump said that he would not rule out an attempt to remove Ryan from his role at the convention, vowing consequences if the former Wisconsin Congressman continued to withhold his support.

“I will give you a very solid answer, if that happens, about one minute after that happens, O.K.?” Mr. Trump said. “There’s no reason to give it right now, but I’ll be very quick with the answer.”

After initially indicating that he was opposed to a Trump candidacy on several occasions, Reince Priebus appeared conciliatory after Trump’s success in Indiana, tweeting that it was time to “unite” the GOP behind an effort to defeat Hillary Clinton.

However, according to Trump confidante Roger Stone, Ryan and Priebus are working on a plan to “extort Trump” at the RNC.

Stone says the two are scheming to “thwart Trump control of the Republican National Committee,” and has vowed to “expose their outrageous plan.”

During an interview with CNN’s Jake Tapper last week, Ryan said he was “not ready” to back Trump. Ryan and Trump are set to meet privately in Washington DC on Thursday.

Meanwhile, Sarah Palin, who is one of the contenders to become Trump’s running mate, has promised to defeat Ryan by backing his primary opponent in Wisconsin.

Stone will elaborate on his warning during an appearance on the Alex Jones Show later today.