Democrats seem to be involved in a grand competition to see who can advocate the most outrageous, most depraved, most immoral plan to further damage America.

Hawaii Democrat Senator Mazie Hirono, or Crazy Mazie, as those who know her best refer to her, openly advocated abortion for eighth-graders at a recent pro-abortion rally.

When eighth-grade girls should be thinking of a great summer of family fun at the beach or spending time with friends around the pool or the mixed emotions of leaving the world of middle school behind forever and the anxious anticipation of entering high school, that last stop in their primary educations, career liberal parasites like Hirono are filling their formative minds with the horrific images of undergoing an abortion, having their babies carelessly ripped from their bodies and butchered in their presence on stainless steel tables at the local Planned Parenthood clinic.

How can the parents of these young girls tolerate such a nightmarish indoctrination of their children by a United States senator? How can any Democrat who advocates such wicked and sinful immorality, and nearly all of them do, muster even a single vote?

Watch the Twitter video, below, as Hirono takes to the megaphone, boasting of her support for abortion for pubescent girls. This is the same Hirono who didn’t know that it is illegal to cross the US border without documented permission. She claimed that it is only illegal because President Trump made it so, and even after an ICE official explained the longstanding law to her, citing US code, she still couldn’t seem to grasp the concept, admitting that “I’m confused.” Seriously, this is a United States senator. Thanks, Hawaii!

As a former resident of the Aloha State (10 years), I can affirm that Hawaii is a liberal cesspool and a welfare state, which is why I left. And, Hirono is a moron who didn't know that it is illegal to enter the United States without permission. https://t.co/WCIwHyF3My 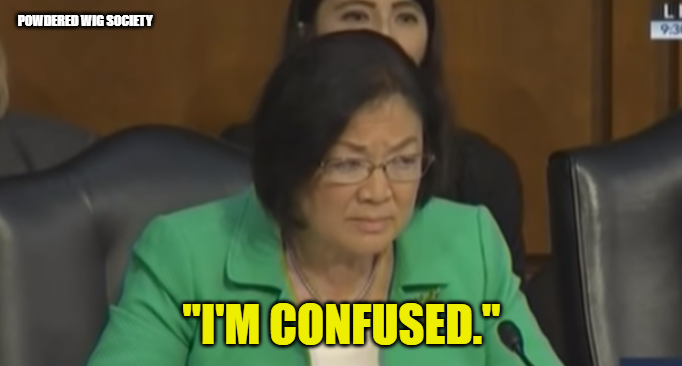 SO pissed! But remember, this is the same party that weaponizes children in the climate change battle. See a trend?

Bingo! It's all about brainwashing, keeping them stupid and dependent so they will be guaranteed Democrat voters forever.

I think the potent Hawaiian weed, which dakine locals call “pakalolo,” has robbed Crazy Mazie of the only two surviving brain cells she had left…. 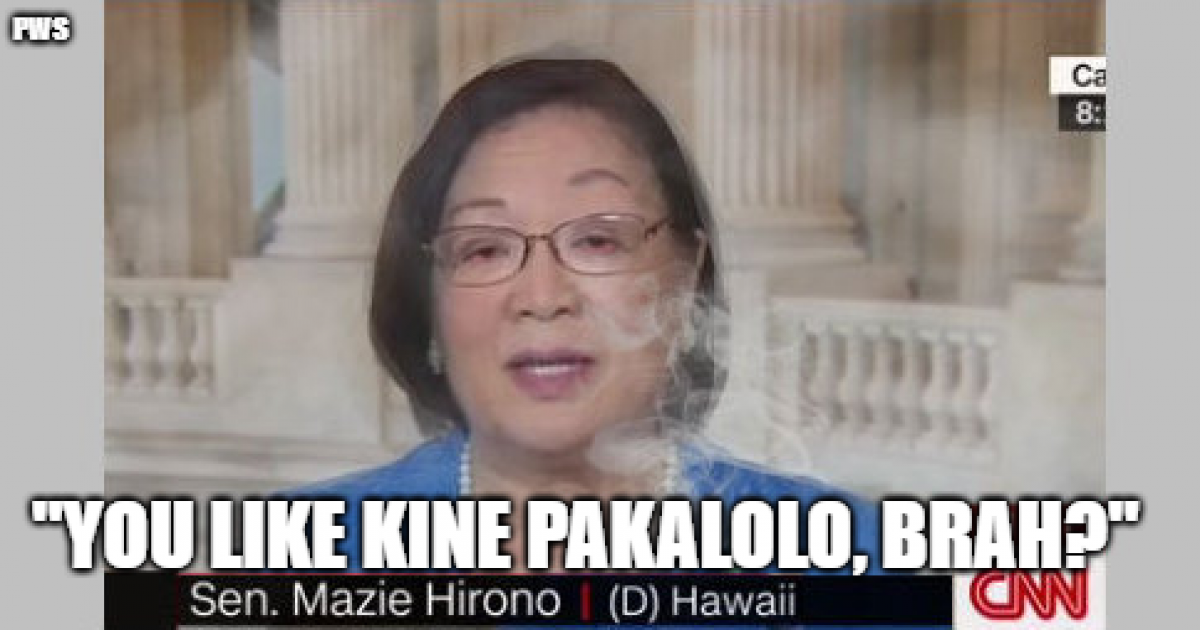