Vet blows his brains out in the parking lot of a VA hospital where he was denied care. Shame on all of us for allowing this!

As a veteran I have had to rely on the Veterans Administration for my healthcare. It can be a helpless horror I would wish upon no one, and many vets have decided in desperate and hopeless situations that the best way out is the quickest way out.

Thus, there has been an epidemic of veterans’ suicides over the past several years to the tune of 22 a day. Unforgivable that we have abused those who wrote a blank check up to and including their very lives that you and I could live in freedom. Simply unforgivable! 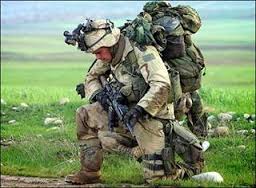 A 76-year-old veteran committed suicide on Sunday in the parking lot of theNorthport Veterans Affairs Medical Center on Long Island, where he had been a patient, according to the Suffolk County Police Department.

Peter A. Kaisen, of Islip, was pronounced dead after he shot himself outside Building 92, the nursing home at the medical center.

The hospital is part of the Veterans Affairs medical system, the nation’s largest integrated health care organization, which has been under scrutiny since 2014, when the department confirmed that numerous patients haddied awaiting treatment at a V.A. hospital in Phoenix. Officials there had tried to cover up long waiting times for 1,700 veterans seeking medical care. A study released by the Government Accountability Office in April indicated that the system had yet to fix its scheduling problems.

Why Mr. Kaisen decided to end his life was not immediately known, but two people connected to the hospital who spoke on the condition of anonymity because they were not authorized to discuss his death said that he had been frustrated that he was unable to see an emergency-room physician for reasons related to his mental health. “He went to the E.R. and was denied service,” one of the people, who currently works at the hospital, said. “And then he went to his car and shot himself.”

The worker questioned why Mr. Kaisen had not been referred to the hospital’s Building 64, its mental health center. The staff member said that while there was normally no psychologist at the ready in the E.R., one was always on call, and that the mental health building was open “24/7.”

“Someone dropped the ball,” the worker said. “They should not have turned him away.”

Christopher Goodman, a spokesman for the hospital, said that there “was no indication that he presented to the E.R. prior to the incident.” It is unclear if any official record was made of a visit by Mr. Kaisen.

Mr. Goodman said “the employees here at Northport feel this loss deeply and extend their thoughts and prayers to all those impacted by this tragedy.”

Lt. Kevin Beyrer, a Suffolk County detective, said that the F.B.I. was carrying out the investigation into Mr. Kaisen’s death because it had occurred on federal property. He said that the V.A. police had called the county police on Sunday at 12:32 p.m. and that it appeared that Mr. Kaisen had been alone at the time of his death.

The Northport hospital has been under scrutiny for mismanagement and poor care since The New York Times reported in May that it had closed all five of its operating rooms for months after sand-size black particles began falling from air ducts. The office of Representative Lee Zeldin, a Republican whose First Congressional District is on Long Island, had been looking into the allegations, Eric Amidon, Mr. Zeldin’s chief of staff, said in an email to The Times in June.

Jennifer DiSiena, Mr. Zeldin’s communications director, said on Wednesday that his office was trying to confirm the details of Mr. Kaisen’s death and “piece everything together.”