VIDEO: “Thanks, Obama!” Barack Hussein arrogantly congratulates himself, taking credit for the Trump economy. Not kidding!

The shameful arrogance of Barack Hussein knows no bounds!

Hussein actually congratulated himself for the Trump economy, telling himself and a packed conference hall, “Thanks, Obama” at a Chicago conference of mayors.

I actually know liberals whose 401Ks have gone through the ceiling since President Trump was elected. Guess what they tell me…. “It’s not because of Trump.” Shaking my head! 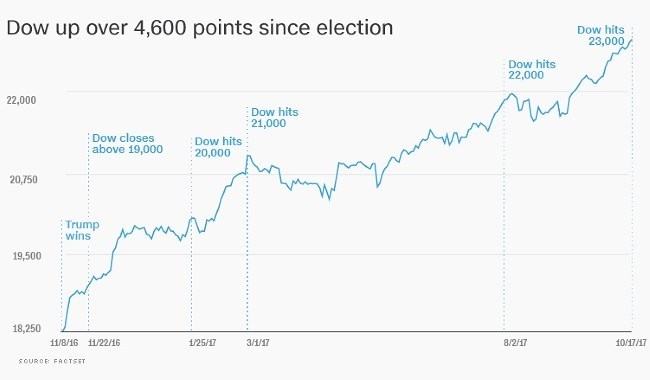 At a conference of mayors in Chicago, Mr. Obama congratulated himself Tuesday for strong employment numbers in the U.S. this year, saying his climate-change policies have contributed to growth.

“As we took these actions, we saw the U.S. economy grow consistently,” Mr. Obama said. “We saw the longest streak of job creation in American history by far, a streak that still continues by the way.”

He added wryly, “Thanks, Obama.”

The stock market has gained about 30 percent in value since Mr. Trump’s election in November 2016, and gross domestic product has increased more than 3 percent in each of the past two quarters. The jobless rate, meanwhile, has dropped to a 17-year low of 4.1 percent.

The economy was growing slowly during Mr. Obama’s presidency, but many business leaders and economists credit Mr. Trump’s regulatory rollback and his push for tax cuts as reasons for the economy picking up steam this year.