From gulagbound.com
September 29, 2013, by Terresa Monroe-Hamilton 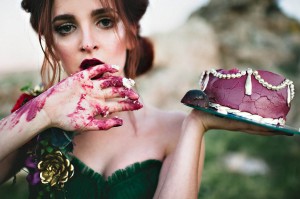 Americans are struggling… no jobs, inflation that our would-be leaders deny is even there, Obamacare sucking us dry, taxes that would make King George blush… and this nightmare is just getting started.

But don’t you worry your pretty little head! Our esteemed leaders who have exempted themselves from Obamacare are making sure they are taken care of. Americans may be quietly starving in their hovels, but our politicians are living the high life, while throwing us scraps and scratching their heads… trying to figure out why the riffraff are upset.

More than half of all members of Congress are millionaires. Now you know why I say: Shut. It. Down.

From our friends at The Economic Collapse blog, comes some stunning figures:

Yep, no where to cut there according to Pelosi. The cupboard is bare. Right.

Those of us who have worked our whole lives have had it with this blatant egregious theft. Witness the following fallout and prepare to be pissed:

This week, Yahoo featured the story of a 77-year-old former executive that is now flipping burgers and serving drinks to make ends meet. He says that he now earns in a week what he once earned in a single hour, but he is thankful to have a job in this economic environment…

It seems like another life. At the height of his corporate career, Tom Palome was pulling in a salary in the low six-figures and flying first class on business trips to Europe.

Today, the 77-year-old former vice president of marketing for Oral-B juggles two part-time jobs: one as a $10-an-hour food demonstrator at Sam’s Club, the other flipping burgers and serving drinks at a golf club grill for slightly more than minimum wage.

While Palome worked hard his entire career, paid off his mortgage and put his kids through college, like most Americans he didn’t save enough for retirement. Even many affluent baby boomers who are approaching the end of their careers haven’t come close to saving the 10 to 20 times their annual working income that investment experts say they’ll need to maintain their standard of living in old age.

So many Americans are barely making it from month to month at this point. Most people work very, very hard for their money, and it is very discouraging to see our politicians waste our hard-earned tax dollars so frivolously.

I feel the need for tar and feathers approaching. Enough of political elitists on both sides of the aisle living the high life while all of America suffers. Shut. It. Down.