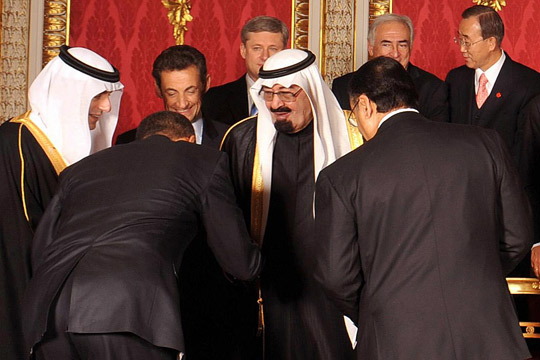 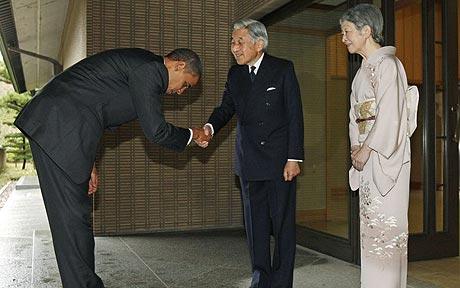 “Do you want to know who you are? Don’t ask. Act! Action will delineate and define you.”

One of the saddest Kremlin reports we’ve ever read stated that during President Obama’s meeting with President Medvedev at the Asia-Pacific summit of APEC Nations in Singapore, the American leader when asked his thoughts on Prime Minister Putin’s warning that the United States should cease its march towards socialism replied, “It doesn’t matter since for all intent and purposes the US Constitution is dead”.

In his speech to the World Economic Forum in Davos, Switzerland, this past winter Putin had warned Obama of the dangers of socialism by saying, “In the 20th century, the Soviet Union made the state’s role absolute, in the long run, this made the Soviet economy totally uncompetitive. This lesson cost us dearly. I am sure nobody wants to see it repeated.”

Putin further cautioned Obama against using military Keynesianism to lift its economy out of recession, saying, “In the longer run, militarization won’t solve the problem but will rather quell it temporarily. What it will do is squeeze huge financial and other resources from the economy instead of finding better and wiser uses for them.”

Unfortunately for the American people, Obama has not only failed to heed Putin’s warning, he has embarked upon an unprecedented mission since taking office of subverting the United States, and its people, by literally bowing down before the leaders of a Globalist elite intent upon the destruction of our present World so as to remake it in an image more befitting the ancient era of omnipotent Kings who ruled over their subjects with iron fists and tolerated no dissent whatsoever.

In Obama’s bowing down before the brutal Saudi Arabian King with the “beaming” Jewish French President Nicolas Sarkozy looking on [photo above], to be followed this past week by his bowing down before the Japanese Emperor [photo above] whose people consider him to be a “god”, the American people have been given the clearest example possible that the World they once knew is totally gone.

And to this “New World” these American people are entering they haven’t the slightest clue about the horrors they are about to face, a fact made more cruel because of their propaganda media organs all being a part of the greater plot to see these once great people, and their Nation, completely destroyed and sacrificed upon the alter for an elite class of rulers who include the CEO of the Goldman Sachs banking giant Goldman Sachs (who have engineered every major market manipulation since the Great Depression – and are about to do it again) who this past week in London said, and I quote exactly, that they are “doing God’s work” by their making hundreds of billions in profits off the backs of the American people who are losing their jobs and homes by the tens-of-millions.

For those American people believing that Obama is going to protect them against monsters such as this they should think again too, because the fact that he, Obama, is President of the United States at all is due to his being placed in power over them by Goldman Sachs in the first place, who by all accounts “own Obama, lock, stock and barrel.”

So, if the American people are no longer being protected or told the truth by either their leaders or their propaganda news media, who is this battle being left to? Simple, those of us who have dared to stand up against this tyranny of lies and destruction and SHOUT as loud as we can of the dangers coming so that they can protect themselves.

But we can’t do this without you, and whether you realize it or not, you need us now more than you have ever needed us before.

Unfortunately for us, and those like us, this is an expensive battle and those we are opposed to are relentlessly ruthless is silencing us and keeping you from knowing the truth about what is happening now, what has happened in the past, and what is going to happen in the future.

Only you can decide what you are going to be told, to whom you are going to listen to….isn’t it time that you stopped listening to lies? If so, than ACT to protect those few of us left still willing and able to tell the truth before you no longer have any choices left.

Without your support we cannot survive into next week, let alone next month, please don’t let this happen because when you turn away from us you are turning your back on the truth.

If every one of you reading these words gave just $50.00 we would be able to survive for an entire year.  But because so few of you do we have to continually ask for your support. And when you will finally wake up to the reality that you are a combatant in a real life and death war, and your enemy is your own government and press, you had better hope that we, and other like us, are still around otherwise you’ll be totally uninformed and unprotected. Just like the people in Ukraine, who without our reports, and others using our reports to further inform these people, would have no idea about what is happening to them.

And make no mistake about this, what is happening in the Ukraine IS GOING TO HAPPEN TO YOU, the only question you have to answer is how much you trust your own government and press to warn you ahead of time?

The time for fun and games is OVER…WAKE UP, START ACTING LIKE YOUR LIFE DEPENDS ON WHAT YOU DO…IT DOES!