I didn’t watch the video of Foley’s beheading. It is, however, available, below, to anyone who would like to watch it. Be forewarned, I understand it is very graphic. 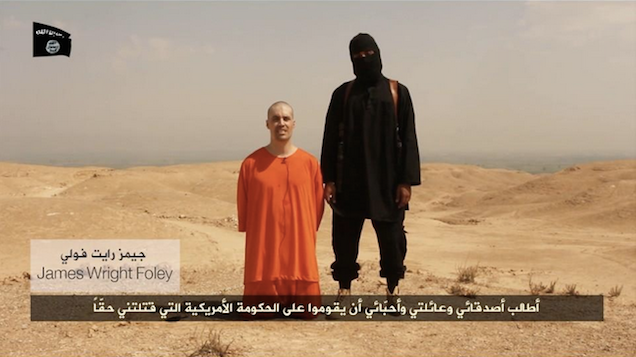 ISIS militants released gruesome video footage this afternoon of the beheading of American photojournalist James Wright Foley as a message to the U.S. to stop intervening in Iraq. Foley, a freelancer who contributed to the Global Post, was first captured in Libya in 2012, released, and then kidnapped again around Thanksgiving 2012 by unidentified gunmen in Syria. He was 39 years old.

The (extremely disturbing) video can be viewed here.

The Global Post reported the circumstances of his disappearance last year, after attempting to keep the news quiet for fear of Foley’s safety:

Foley had set off toward the border in a car about an hour before his capture. A witness, a Syrian, later recounted over the phone to a journalist in Turkey that an unmarked car intercepted Foley. The witness said men holding kalashnikovs shot into the air and forced Jim out of the car.

The witness said he noticed nothing that would indicate whether the aggressors were rebel fighters, individuals looking for a ransom, members of a pro-government militia, or a religious-based group with other motivations.

He was held captive for 635 days.
take our poll - story continues below

In 2013, Foley’s family set up a Find James Foley website for him, which states that he’s the oldest of five children. His friend, journalist Clare Morgana Gillis, wrote about him for Syria Deeply last year:

Jim sees the good in nearly everything and everyone. He is a master motivator. “You got this, dude!” he’ll say. “That story’s great, just file it already.” …

Everybody, everywhere, takes a liking to Jim as soon as they meet him. 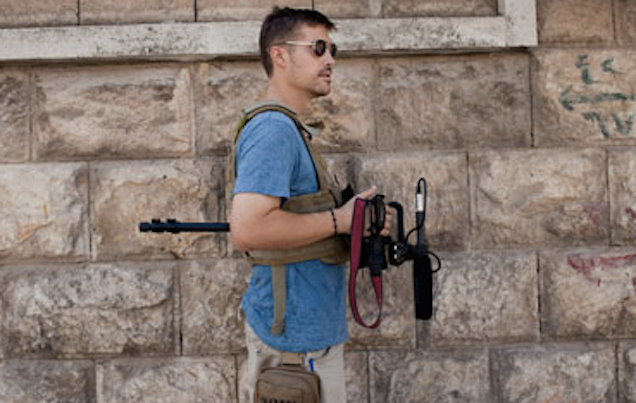