ISIS plans to move its war…. check that. ISIS plans to move its satanic slaughter of helpless and innocent people to Israel to avenge the complete ass-whipping that Hamas is deservedly suffering. They might want to think twice about that. Israel is not the limpwilly, militarily, that the United States is, or at least appears to be, given the inaction of the Obama administration. ISIS marched across Iraq because they were unopposed. The US military was long gone, due to the stupidity of its Commander-in-Chief, who also refused to obliterate ISIS from the air, which could easily have been done, and the Iraqi Army discarded their uniforms and cowered under their beds in fear. Pretty easy to run across a country and get all cocky under those circumstances. That will not be the case with Israel. IDF will CRUSH ISIS, and do it quickly. The goat humpers are going to wind up eating their reckless words if they follow through on their threat. 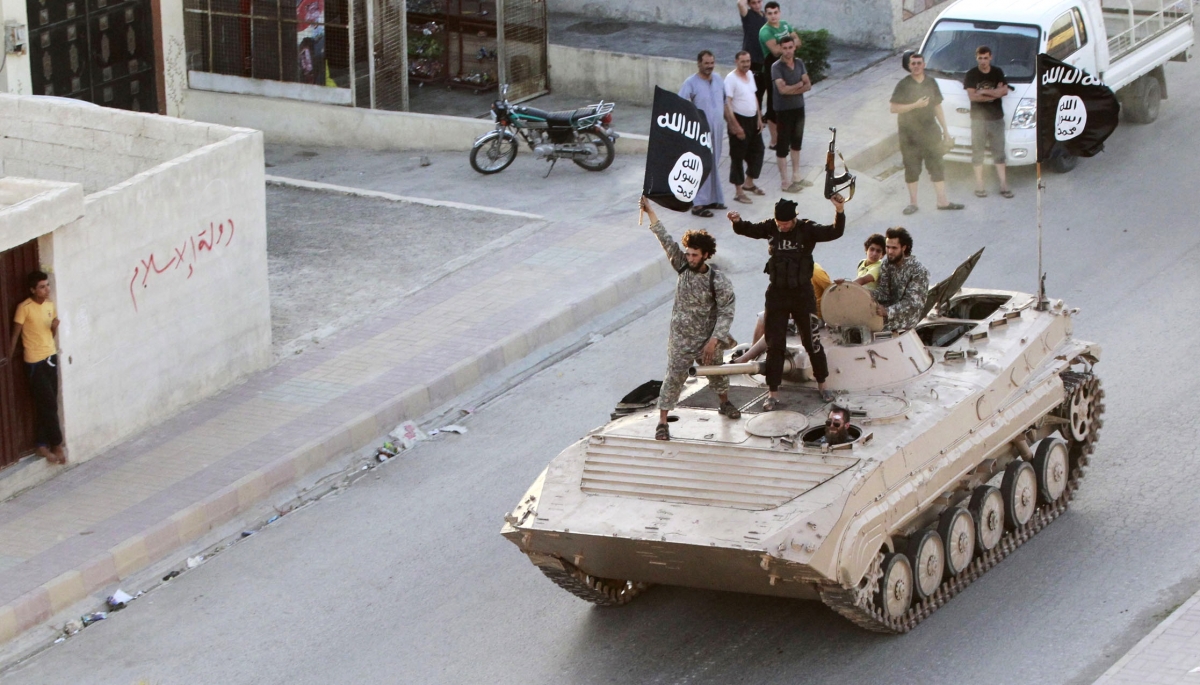 The Islamic State of Iraq and the Levant (Isis) has told the Palestinian people that it is “only a matter of time” before they reach Palestine to join the fight against “barbaric Jews”.

The Islamic militant group, who last month announced a “Caliphate” straddling the Iraqi-Syrian border and renamed themselves the Islamic State, released the provocative statement on an Isis-affiliated Twitter account.

“It is only matter of time and patience before it [Islamic State] reaches Palestine to fight the barbaric Jews and kill those of them hiding behind the gharqad trees – the trees of the Jews,” the statement read.

The group said it would do “everything within its means” to continue the fight against any obstacle on the way to “Palestine”, alluding to the Middle Eastern territory before the creation of the State of Israel in 1948.

“As for the massacres taking place in Gaza against the Muslim men, women and children, then the Islamic State will do everything within its means to continue striking down every apostate who stands as an obstacle on its paths towards Palestine,” the group said.

The group and its “Caliph”, Abu Bakr al-Baghdadi, have faced criticism from some quarters for not coming to the aid of Palestinian civilians being killed in the Israeli Defense Forces’ Operation Protective Edge in Gaza.

The comments issued was not to be taken lightly as the group do not offer “empty” words like other Arab nations who speak and do not act, the statement said.

“It is not the manner of the Islamic State to throw empty, dry and hypocritical words of condemnation and condolences like the Arab tawaghit do in the UN and Arab League.”

The group stormed across Iraq, capturing key Sunni cities such as Mosul and forcing more than a million people to flee their homes, according to the United Nations.

The UN claims 225,178 Palestinians are now taking refuge in 86 shelters while the Gaza health ministry said 1,364 Palestinians have been killed, 315 of those children.

The Israeli military has confirmed the deaths of 56 soldiers while two Israeli civilians and one Thai national have also been killed in the conflict.